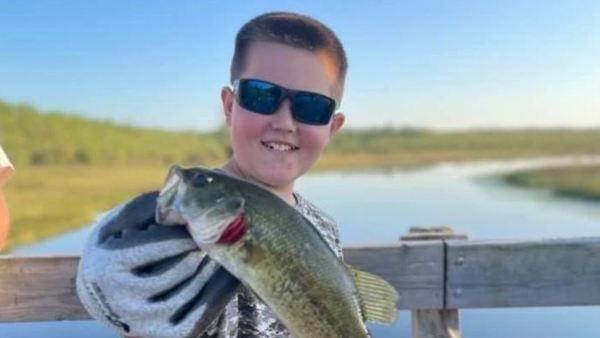 
An online fundraising campaign aims to support a young boy and his family through another heartbreaking journey with cancer.

9-year-old Brock Meader “rang the bell” to end his three-and-a-half years cancer treatment journey with leukemia on June 14th. The celebration was said to be short-lived though as just a few weeks later, Brock was diagnosed with MDS - a rare blood disorder that’s also referred to as cancer.

Brock’s mom Christa Meader says the family lives in Stockbridge now but previously lived in Howell for 8 years and Brock still attends Howell Public Schools. Meader says he’ll need a bone marrow transplant within the next couple of months but luckily, the hospital has already found possible matches for Brock. She says they’ll be in the hospital for 2-3 months, which will be followed by weekly visits to Ann Arbor for another 6 months.

To help with expenses, the family has organized a Facebook live auction and is seeking donations of any kind including homemade items, gift cards, purchased items, or gift baskets. Meanwhile, Jackie Meyer, Brock’s Nani, set up a “Team Brock” GoFundMe account with a goal of $5,000. More than half of that has already been raised.

A link to the GoFundMe page is provided and more information about the fundraiser is attached.