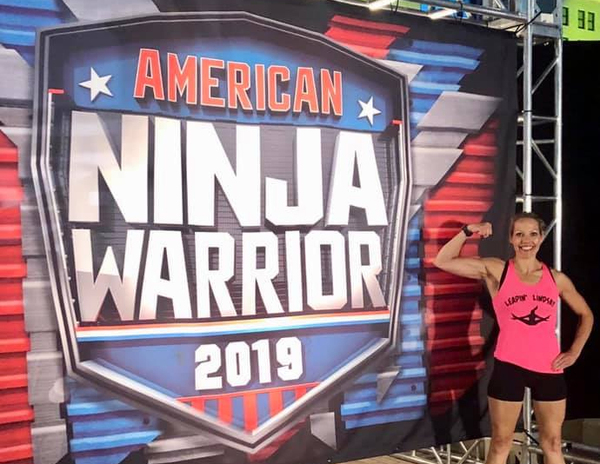 A Livingston County resident will be featured on prime-time television tonight in an intense physical challenge.

Lindsay Partenio of Brighton will be one of the contestants on tonight’s episode of American Ninja Warrior on NBC. The 38-year-old Partenio is a stay-at-home mom, who recently moved to the Brighton-area from Cincinnati, where the episode was recorded in March. Speaking on WHMI’s Mike & Jon in the Morning (link below), Partenio said she began her path to American Ninja Warrior when two years ago, on a whim, she took part in an obstacle race and ended up finishing first. She said she felt a competitive spark and wanted to improve it and found a ninja gym in Cincinnati. When she learned that several members were planning on auditioning for the show, she decided to join them and was surprised when she was accepted.

While Partenio can’t reveal what happened until tonight’s episode airs, she said it was an unbelievable experience and one she would do again in a heartbeat. (JK)