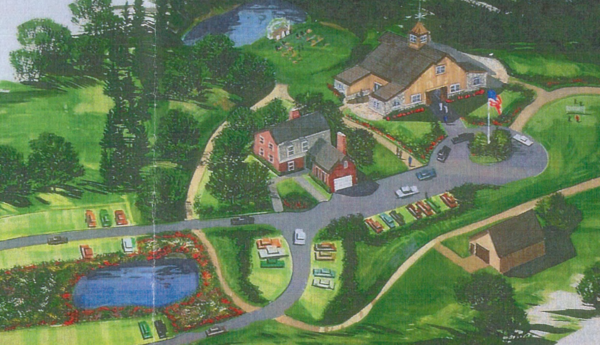 Plans for a wedding barn project in Brighton Township are moving forward although an agreement for a sewer assessment still needs to be worked out.

Property owner David LeClair is proposing a 3,750-square-foot wedding barn, storage barn, two wedding venue sites and a tree house on the site. At Monday night’s meeting, the board approved preliminary site plans and a final conditional zoning agreement for the Tandale Nature Barn. However, the approval is contingent on the amount of sewer REU’s for the project being worked out. A lengthy discussion was held on that, as LeClair is appealing the assignment of what was initially 16 REU’s but then reduced to 11 by the Utilities Committee but the board has the final say. It was noted there is nothing on the books for sewer REU standards that fits the particular property and project, although the township is in the process of drafting an ordinance regarding wedding barns and similar uses. Since there is not a clear use in current ordinance, staff initially made the designation as a bar/restaurant but the Committee came up with REU assignment based on square footage through a formula for country clubs and athletic clubs. The conditional zoning agreement allows for one large event per week and up to three smaller events, which would be held seasonally. There will be bathroom facilities but no bar or kitchen and LeClair likened it to church usage or that of a VFW hall. Manager Brian Vick stated the challenge is trying to determine the designation and closest use out of the choices and then use that formula. After that, he says it goes to the appeal process to the Utilities Committee, which made a determination but final decision lies with the board.

LeClair stated he just wants a fair and equitable assignment, and didn’t feel that was appropriate for a part time business with very limited facility usage. LeClair told the board he’s been working very hard on the project for many months and it took a while for him to come forward with a project he felt was right for the property. He says there were many unique characteristics and a lot of wetlands on property but they worked through traffic issues, met with all the neighbors and got them behind the project and went through the conditional rezoning process. LeClair said he is excited to finish everything but the sewer RUE assessment has been frustrating because there is nothing in township ordinance that fits the property.

Officials noted that this is a new venture for the township and more discussions are needed moving forward. Toward the end of the discussion though it appeared that the more correct range would likely be 4 to 6 REU’s. Supervisor Patrick Michel said everyone agrees the special event barn concept is a great idea but it’s also new territory and everyone is trying to figure it out together to make sure they go forward in a practical and pragmatic methodology. He commented they have to have a starting point and don’t just pull numbers out of the sky, saying he felt there is still more discussion to be had. Michel said the project maintains the residential density and many members visited the property and spoke with neighbors. He said he hopes that other similar projects follow but stressed they do need an ordinance that covers special event barns. Michel said they’re trying to proceed very cautiously but are also aware of LeClair’s desire to get everything up and built, adding there have also been questions about the usable space.

After lengthy discussion, the board voted 6-1 to table the matter pending further discussions between staff and LeClair. Trustee Mike Slaton was opposed. The matter is expected to be taken up again at the board’s October 7th work session. (JM)