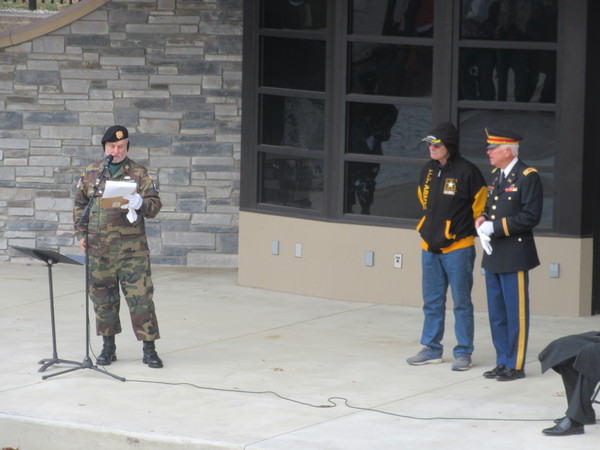 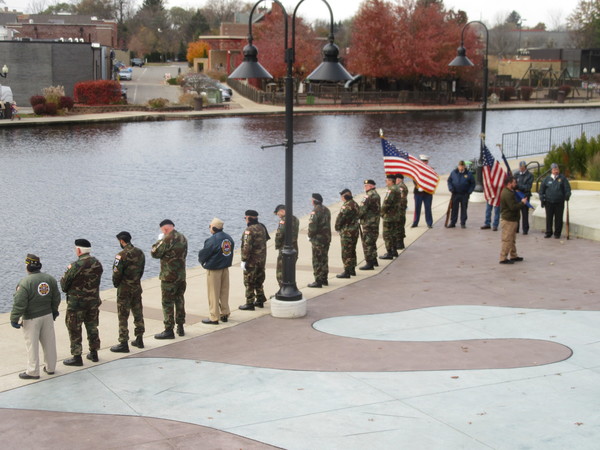 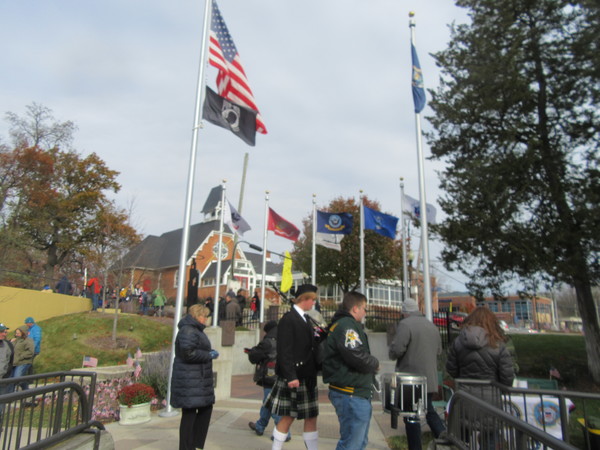 The Brighton Veterans Day parade and related ceremonies Saturday were a big success, with a good crowd attending, despite the extremely cold weather.

Officials from the various branches of the U.S. armed services gave brief remarks, honoring those who gave their lives to preserve freedom in America and around the world. The guest speaker was 8th District Congresswoman Elissa Slotkin, who praised the servicemen and women who gave the ultimate sacrifice, but also recognized all those who have served their country honorably in the armed forces. Representative Slotkin, though not a veteran herself, served three tours of duty in the Mideast while working for the US Central Intelligence Agency. Her husband, who accompanied her to the Brighton event, is a career Army veteran who also served multiple tours of duty in the war-torn Mideast region.

A Veterans Appreciation event was to take place today at Rollerama on Grand River west of Brighton, with about 200 Iraq and Afghan war veterans registered to attend. Among other related events, a Veterans Appreciation Dinner will be held on Monday at the Howell Elks Club. A free stuffed pork loin dinner will be provided for all veterans and active duty personnel from 3pm-6pm. A portion of the proceeds will go to the VA Hospital vets.

Also, the Livingston County 11-11-11 Veteran Salute will take place Monday at the historic court house in Howell at 11 a.m., sponsored by the American Legion Devereaux Post 141 and the Murnighan Detachment of the Marine Corps League. Finally, the American Legion Devereaux Post will be serving a luncheon for veterans and their guests following the court house program. The post is located at M-59 and Grand River, just west of Howell. (TT)