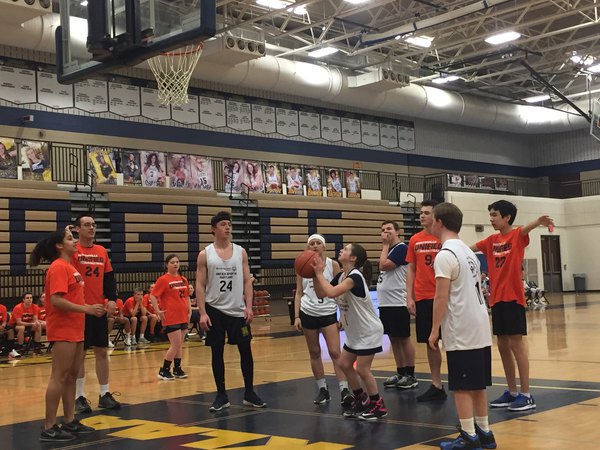 A Brighton Unified basketball team, composed of both students with and without disabilities, has won the Gold Medal at the State Unified Basketball Finals, held Saturday at Western Michigan University. Brighton fielded two teams – the Orange team and the Black team - with the Black squad winning the championship trophy. Lisa Johnson, one of the Brighton coaches, tells WHMI that the kids did an outstanding job.

In the first game, Brighton Unified Black defeated the Area 16 Hornets 25-12 and in the second game edged out the Area 22 Blue Jays 18-16 to win the Gold. In the games, which are organized through the auspices of the Special Olympics program, Gold, Silver and Bronze medals are awarded to the top three teams - the same as in regular Olympics competition.

The Brighton Orange team also performed well, finishing in 4th place. The Orange squad lost 34-27 in the first game and were edged out 28-27 in the second. This was the second year the Brighton Unified teams have participated in the State Unified Basketball Finals. About 450 athletes, and 125 coaches and chaperones, were represented in the state finals. The last game of the season for the Brighton Unified teams will be this Tuesday at Belleville. (TT)