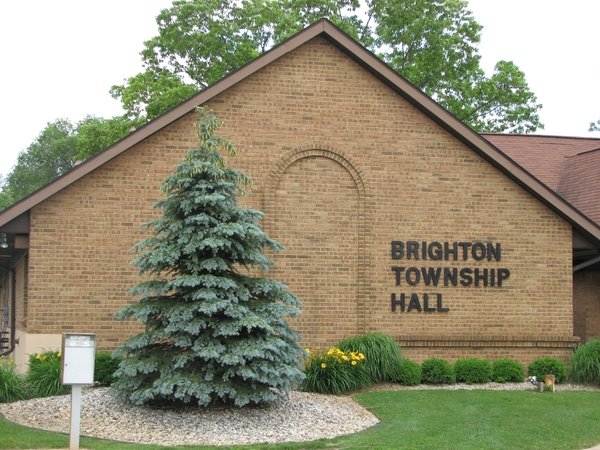 
The Brighton Township Board held a virtual work session Monday night, where an update was provided on funding it’s slated to receive as part of the Federal American Rescue Plan Act.

The American Rescue Plan (ARP) offers federal relief at the state and local levels for first responders, frontline health workers, local governments, and other groups. Of the $1.9 (T) trillion federal stimulus package, $130.2 (B) billion is to be divided evenly between cities and counties.

The funds are restricted and language included in the federal plan indicates the money must go toward responding to the COVID-19 emergency and address negative impacts; provide premium pay up to $13 an hour or $25,000 per worker in additional wages for workers performing an essential function in the pandemic; investments in water, sewer and broadband infrastructure; or provide government services affected by a revenue reduction during the pandemic, which is relative to revenues collected by the local government in the most recent full fiscal year prior to the emergency.

Manager Brian Vick told the board it’s looking like Brighton Township will receive around $1.8 (M) million dollars but clarified that there have been few details and they’re really just waiting to hear more information from the federal government. Half of the funds are supposed to be received within 60-90 days of signing the plan, with the second half to be received the following year. The township hasn’t received anything to date.

Vick said he knows that some or all board members have received emails from interested parties in the community staking claim or interest in the funds being spent on things like water, sewer, broadband, or the Brighton Area Fire Authority but there are no decisions needed at this time until more information is received. Vick said they’ll want to take their time and discuss things more as time progresses, noting they have until the end of 2024 to spend the funds. He said they’ll want to make sure some expenditures are more straightforward and then have others that are more creative, adding they’ll have to have good policy and plans in place to make sure that there’s equitable distribution.

Meanwhile, Vick said municipalities are also being encouraged to submit requests for Community Project Funding grants – basically a reintroduction of an old earmarked program. Vick said they’re moving ahead with a potential application for a project related to the Livingston Community Water Authority. Vick said they’ve discussed replacing infrastructure in the Country Club Annex neighborhood and installing a bypass line through the Saxony subdivision in Green Oak Township as well as installing a redundancy line in case there was ever a problem with the main running under US-23.

He noted it's being fast-tracked as the deadline for a one-page application is this Friday, April 9th. Vick said after that they’ll look for some feedback for the final application, which is due April 16th. He commented that there are between 20-40 jurisdictions that will make applications, which will be whittled down to 10 before being submitted to a federal committee for final decisions. Vick added their odds aren’t great but they are having those conversations.