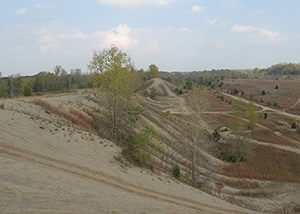 
The Brighton Township Board has forwarded a resolution to local lawmakers opposing proposed legislation it says would preempt local control over sand and gravel mining operations.

The board met Monday night and approved the resolution. It states the Michigan Legislature is considering Senate Bill 431 and House Bill 5979 that would drastically reduce and potentially eliminate zoning and authority oversight authority from local governments for sand and gravel mining operations.

The resolution states SB 431 would remove the township’s authority to approve, deny or request changes to applications or special land use permits regardless of the zoned location and create a “one size fits all” process. The resolution says the bill would eliminate local oversight over operations and the ability to regulate things such as truck loading hours, routes, noise levels and dust among others. A substitute for SB 431 was said to have been proposed but the township maintains it does not provide any substantive change for local governments and does not remove or alleviate the concerns.