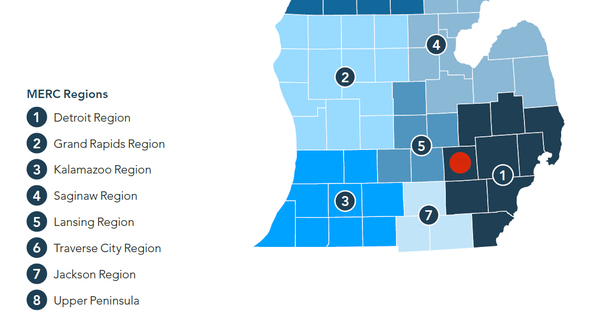 
Brighton Township is the latest municipality to show support for reclassifying Livingston County out of the Detroit Region and into the Lansing Region under Governor Gretchen Whitmer’s MI Safe Start Plan.

Livingston County is currently included in Region 1 of the Governor’s plan, which serves as a guideline for re-engaging the state’s economy. Region 1 contains the hardest hit counties, and would likely be the last to re-open. State Representatives Hank Vaupel and Ann Bollin formally petitioned the Governor in a letter to reclassify the county, which was followed by area Chambers of Commerce, the Livingston County Convention & Visitor’s Bureau, the County Board of Commissioners and some local municipalities also writing letters. The Brighton Township board met virtually Monday night and followed suit – approving the Michigan Safe Start Resolution, which was brought forward at the request of Trustee Lucielle Weaire. The language was basically the same as Hamburg Township’s document regarding reclassification.

Weaire told the board she’s been keeping a log of local COVID-19 cases and deaths and pointed out the strong difference in cases between Detroit and Livingston County – noting locally things have flattened out. Weaire said she felt approving the resolution was being proactive and that it was really more of a housekeeping matter in case anything comes up again. She noted Livingston is currently grouped with Detroit, Wayne, Oakland and Macomb Counties and their numbers are out of sight, although those are more heavily populated areas.

Weaire and other board members felt it was appropriate to still approve the resolution despite new developments with the re-opening of businesses and the Governor’s announcement Monday that bars, restaurants and some businesses would be re-opening June 8th across the state. Whitmer said the hope is to re-open other businesses by the July 4th holiday weekend, if data is favorable. The board passed the resolution 6-0.