Brighton To Have Therapy Dogs In Each Of Its 9 Schools 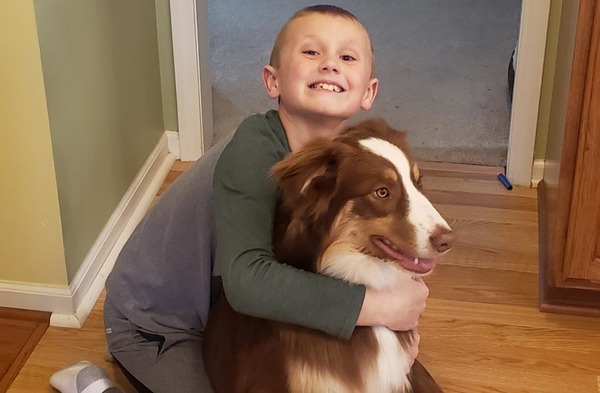 By next Monday, each of the nine Brighton Area Schools will have its own therapy dog.

According to special education teacher and therapy dog program founder Karen Storey, the last school to get what is known formally as a “social-emotional-learning dog” is the Miller Intergenerational Center, which houses the Tot Spot after-school program for pre-schoolers and the Brighton Senior Center. According to Storey, the dog will divide his time about equally between the two groups.

The schools had a contest to name the dog, and the winner was “Henry”. The name is a testament to the popularity of Brighton High School Senior Class Principal Henry Vecchioni, who is retiring at the end of August after 28 years in the district in various administrative positions at five different schools. Vecchioni, reached by WHMI for comment, said he was “speechless” at hearing about the honor accorded him by students.

Storey tells WHMI that the newest addition makes 10 therapy dogs in the district, with a couple more yet to come. The high school, Scranton Middle School, Maltby Intermediate, the four elementaries, Miller, even The Bridge, Brighton’s alternative high school, all now have their own therapy dog. Caesar, who was the first therapy dog in the Brighton Area Schools, has been at the high school, and Maltby before that, for the past several years, and will be retiring at the end of the school year. But it won’t be just a standard retirement. He will be wearing “cap and gown” and will receive an honorary “diploma” when commencement exercises are held on June 8th at Eastern Michigan University.

When Caesar is retired, a newly-trained therapy dog named “Jack” will replace him, while another, named “Frank”, will be installed next fall as a district-wide therapy dog. Brighton is the first public school district in the entire US to actually own its therapy dogs. Although some other districts have therapy dogs, they are not owned by the district but by private individuals. Storey says in Brighton’s case, the dogs were purchased and trained entirely through private donations.

Each dog costs $8,000 to purchase and train, and the donations also pay for their grooming, pet food, and veterinary services. When off duty, and during the summer months, the dogs are housed at the home of a volunteer school staffer in the district and, Storey says, quickly become a member of the family. (TT)