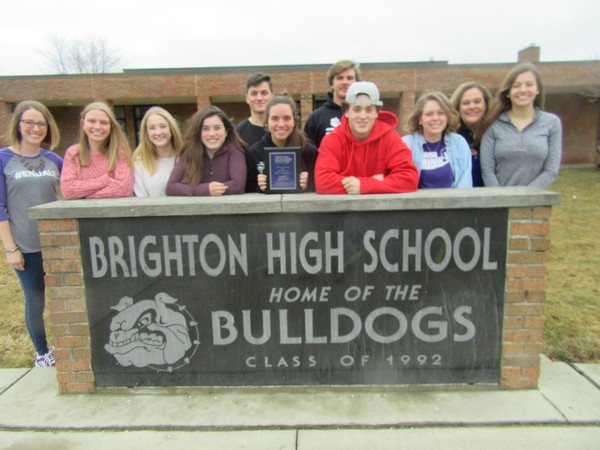 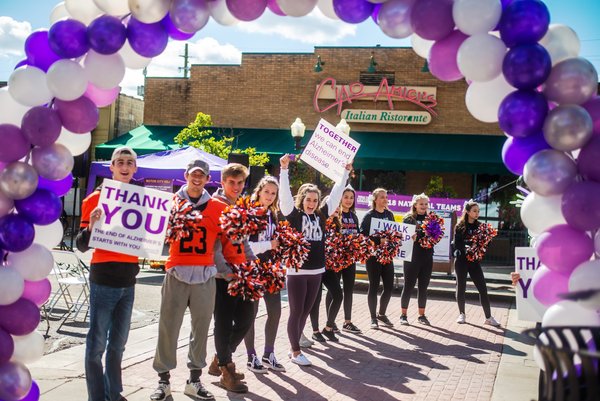 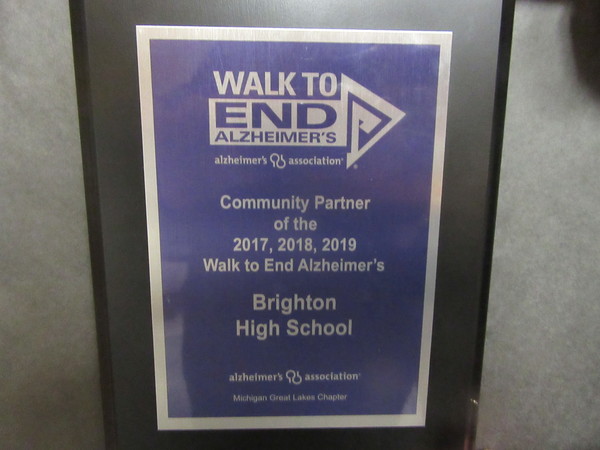 
Ten students from Brighton High School were awarded a plaque from the Alzheimer’s Association Tuesday for their dedicated volunteerism during the past three years as part of the annual Walk to End Alzheimer’s. It is the first time such an award has been meted out. Several of the students have been volunteers for the Walk during all three years they have been attending Brighton High. Theresa Meyer, who chairs the annual Walk to End Alzheimer’s in Brighton, tells WHMI the association is grateful for the help they have been receiving for the last three years from the Brighton students.

At the Walk to End Alzheimer’s held last fall, the ambitious goal of raising $200,000 was nearly met, with $182,762 raised for Alzheimer’s research and treatment. According to Nicole Colley, the Alzheimer’s Association Development Manager in the area, that is an exponential rise from the $34,000 raised in the walk’s first year in 2011. 18-year-old Brighton High senior Zach Pardonnet exemplified what the group of students at the ceremony said by remarking that his association with the Walk to End Alzheimer’s over the last three years has been gratifying and rewarding.

Student Meadow Ritter, although just a freshman, had taken part in past Walks to End Alzheimer’s before she joined the BHS team in 2019. Her connection is very personal, due to the fact that her grandmother passed away last year after contracting Alzheimer’s, and two of her aunts also have died from the disease.

This year’s Walk to End Alzheimer’s will take place on Sat., Oct. 3, at 9 a.m. on Main Street in downtown Brighton. Plans are also being developed for a kickoff party again this the summer to familiarize people with the walk and build up support. Last year, the kickoff party was held at the Brighton Coffee House and Theater, with live entertainment. The Brighton High Pep Band, cheer and pom teams and Bulldog football team all participate in te Walk itself - cheering the walkers on, assisting people who need help with wheelchairs, and acting as crossing guards.