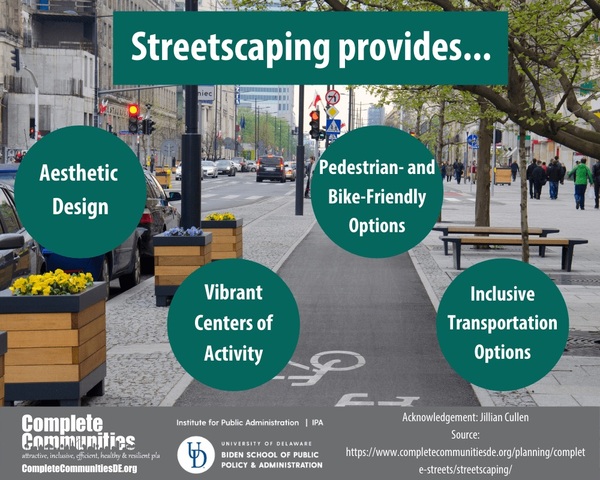 Downtown Brighton will get a major makeover next year with a project to substantially improve the look of downtown.

It’s called the City of Brighton Streetscape Plan - a nearly year-long project to be paid for through bonding. Downtown Development Authority Chairman Tim Corrigan tells WHMI that the Streetscape Plan is a huge project, saying, “It’s absolutely the biggest project (the DDA) have ever taken on.”

The Plan was developed over many months by the city’s hired planners - Giffels Webster of Detroit. The Authority is paying for the project and has approved bonds to finance it at a cost of $6.8 million. Ground zero for the project is Main Street from East Street to Second and Grand River between St. Paul and North streets.

Most downtown merchants are enthusiastic about the Streetscape Plan, although they worry about the length of time the project will take. Rick Starnes owns the Vitamin Company on West Main as well as the building itself and the building next door that formerly housed Two Brothers Coffee, which he co-owned with his brother, Jim. They subsequently sold the business, but Starnes retains ownership of the building.

In the past, Starnes has been a frequent critic of City Council and the DDA. However, Starnes tells WHMI the changes will be good. He says, “It’s going to make downtown look a lot better; it’s long overdue.” As one aspect, Starnes likes the idea of narrowing Main St. and widening the sidewalks, saying, “It’ll force (drivers) to slow down.” He says it will also serve to motivate more merchants to upgrade their store facades.

In addition to new crosswalks, benches, new directional signs, improved lighting, bicycle parking areas and better landscaping will be added to the downtown. Although re-paving Grand River has been postponed until next spring, Corrigan expects little, if any, conflict, with the streetscape project. For one, it’ll be done in phases. For instance, the streetscape work will actually begin right after the first of the year, with replacement of water mains that are up to a century old.

A major part of the project is Mill Pond Park, with current plans to include a park square with benches and a natural gas fire pit that would be open year-round.

Originally, plans were to replace the current dam over Ore Creek with a new spillway system and upgrade the “Tridge” — a pedestrian walkway over the pond - but due to the high cost those "projects within the overall project" have been put on the back burner. However, Corrigan tells WHMI that they are looking into possible grant funding to restore those aspects. Also removed while waiting for funding are shoreline upgrades to eliminate the occasional problem of water spilling over the concrete sidewalk around the perimeter of the park.

Corrigan says the DDA has had excellent cooperation from merchants. He summed it up by saying that, “Overall, it’ll be a tremendous improvement, and will add to the vitality of downtown. Although it will cause some short-term pain (such as detours), it will result in a long-term gain for the community.”

Bob Herbst is a retired pharmacist and long-time member of the DDA who owned Uber’s Drugs (now CVS) at Main and Grand River for 25 years. Herbst tells WHMI, in his words, “Downtown Brighton needs a new look; it needs to be refreshed."

Although Main Street will remain open to pedestrian traffic during the 11 months-long project, there will be occasional closures of intersections and even sidewalks, along with street detours; however, Corrigan says access to stores will be maintained. Officials say the inconveniences are impossible to avoid. But according to Corrigan it’ll all be worth it when the project is completed.

For more information on various aspects of the Streetscape Plan, including the timeline, visit the provided links (below). For the timeline, go to: d5f3965456f444a0c1d1.pdf