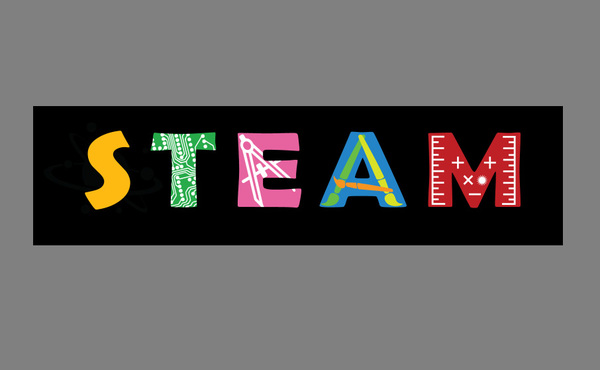 A “STEAM” program will soon be coming to Scranton Middle School in Brighton and no, it’s not a science program to learn about steam engines, the technology of the past.

So, what is STEAM? The word, which is heard frequently these days in education circles, is an acronym for Science, Technology, Engineering, Art, and Math. It’s essentially the STEM program, with the addition of the arts. The Brighton Board of Education was given a presentation by Scranton representatives on the coming STEAM program at its meeting last week. According to Scranton Principal Mark Wilson, STEAM works to bridge the curriculum divide between courses of study and connect the disciplines of Science, Technology, Engineering, Arts and Math. It aims to result in high school and college graduates who can combine two or more academic disciplines to solve real-world problems.

Superintendent Greg Gray tells WHMI that making Scranton a STEAM Center will involve a complete re-branding of the school, its focus and its goals. Wilson agrees, saying that at the end of the three-year process Scranton will not merely be a school which offers STEAM activities but a full-fledged STEAM Center. When asked by Board Treasurer Bill Trombley whether the STEAM program just catered to the high achievers or would be all-inclusive, Wilson said it will be for all students across the achievement spectrum. In fact, Wilson said, studies have shown that it actually helps the lower achieving students more than those in the upper tier. He said kids at the middle and lower ends of the spectrum experience a greater level of academic growth than their higher-achieving peers, and typically exceed the expectations of school officials.

Although the program will cost the district nothing in its first year, eventually it will have a cost figure attached - an amount yet to be determined. (TT)