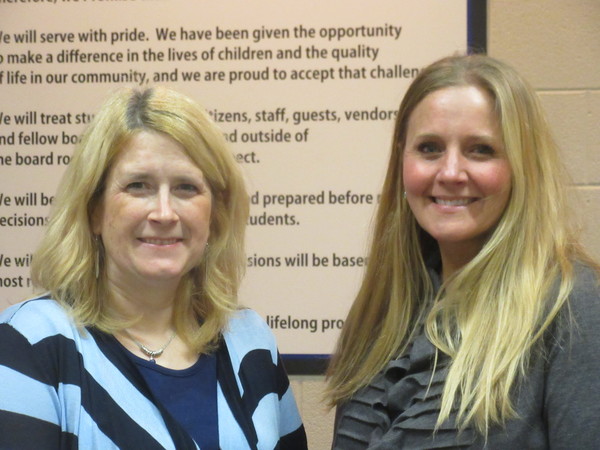 Officers were elected for the coming year at the annual organizational meeting of the Brighton Board of Education Monday night. Board President Andy Burchfield was unanimously re-elected to another term, with no other names placed in nomination.

Burchfield says that among the priorities the board will be tackling in the coming year will be the bond issue, which will be on the November election ballot. He tells WHMI that among the other priorities will be familiarizing new members Laura Mitchell and Angela Krebs – who were formally sworn in Monday to four-year terms - about board and district operations, policies and procedures.

In the election of officers, Alicia Reid was chosen to be vice president, Roger Myers was re-elected secretary and Bill Trombley will again be treasurer. The board also performed other annual statutory duties, including the naming of depositories, and setting the times and dates of its regular meetings.

The board will continue to meet on the second and fourth Monday of the month most months, at 7 p.m. in the board room of the BECC building at Main and Church streets in Brighton. (TT)

Photo: New board members Angela Krebs (left) and Laura Mitchell (right), who were sworn in Monday for 4-year terms.