Brighton School Board to Look at Possible Bond Issue for 2019 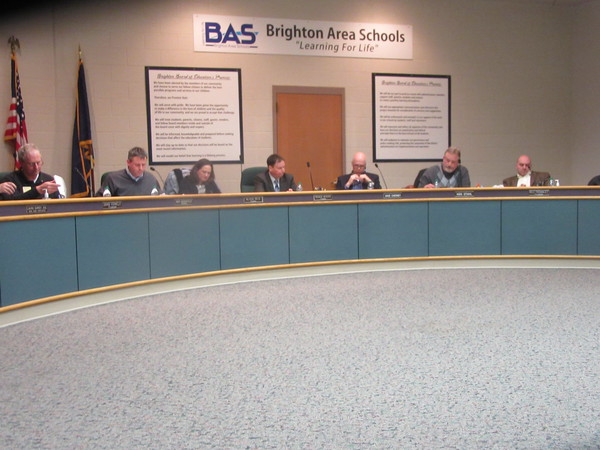 With two weeks having elapsed since the Brighton school board decided not to pursue a bond issue request this year, the board has had time to ponder what its next step will be.

Although a final figure was never arrived at, the amount of the bond issue being bandied about the most was in the neighborhood of $45 million. The funds mostly would go toward items that were left out of the $88.5 million bond issue passed by the voters in 2012 because of the high cost. These would include new parking lots for a couple schools, new boiler units to replace aging, maintenance-prone boilers, a new roof and a STEM center at the high school.

Board President Andy Burchfield tells WHMI the majority on the board felt they hadn’t had enough time to evaluate and prioritize what was really needed the most to bring the district into tip-top condition in terms of its physical facilities.

Burchfield says there is what he calls a “strong likelihood” that the board will opt to go to the voters with a bond issue in 2019, although whether it would be in November or on another date is yet to be decided. He adds that it would be a bond issue, not a sinking fund, since only a limited amount of the revenue generated from sinking funds is available each year for different projects. (TT)