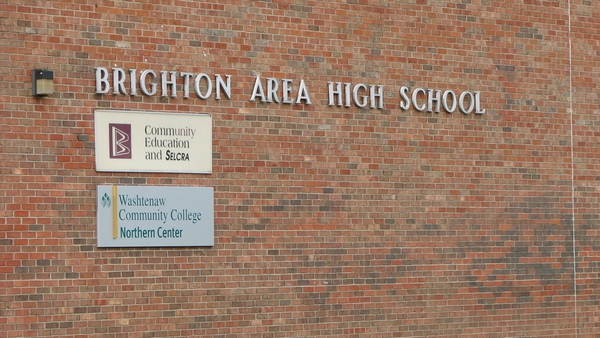 The Brighton Board of Education approved acceptance of two donations for the High School Robotics Team at a recent meeting. The donations include one of $2,500 from Hitachi Automotive and another donation of an unspecified amount from Eberspaecher North America. Eberspaecher has a large manufacturing plant in Brighton. The BHS Robotics Team has been the recipient of several donations in the last couple of years…Superintendent Greg Gray tells WHMI that it’s probably because of the success the program has had in such a short time.

The Brighton High School TechnoDogs FIRST Robotics Team, meanwhile, finished in second place in competition at Kettering University in Flint on Saturday. FIRST is an acronym for For Inspiration and Recognition of Science and Technology. The alliance which Brighton was a part of consisted of Brighton, Sterling Hts., and Bay City All-Saints-Central. The group made it to the finals before succumbing to an alliance which included Okemos, Allendale and Goodrich.

The next event for the Brighton Robotics team is the districts at Milford next weekend. Brighton Robotics Team technical coach Dan Delisle says the Brighton team is virtually assured of advancing to the state finals at be held in Saginaw next month. Some 160 robotics teams from around the state will be competing in the state finals at Saginaw Valley State University April 11th through 14th. For the first time this year, the world finals will take place in Michigan – at Ford Field in Detroit later in April. (TT)