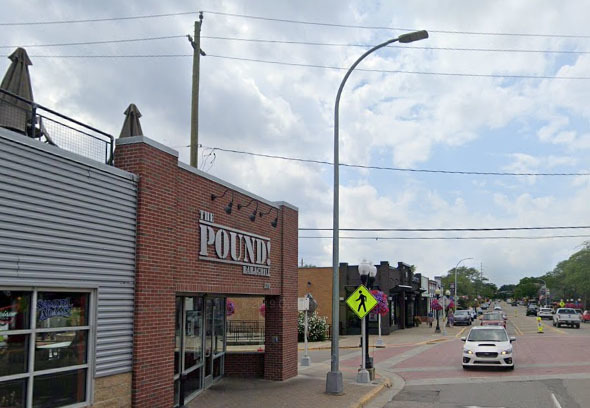 
About 15 downtown Brighton restaurant owners met Monday to discuss the ramifications of an order issued by Governor Gretchen Whitmer just an hour before they met, prohibiting all dining in restaurants and closing all bars, movie theaters, gyms and other sports facilities.

The order will remain in effect at least through the end of the month. Brighton is considered a destination for its many fine dining establishments, but the profit margin for restaurants is razor-thin, and Kevin Montagano tells WHMI that while the safety of his customers is his biggest concern, the reality is that his bar and restaurant - The Pound Bar & Grill, at Main and West streets - will take a big hit.

Montagano and Steve Pilon of The Wooden Spoon and El Arbol Taco organized the meeting, which took place in the banquet room of Ciao Amici’s Restaurant. Brighton City Council Member Jon Emaus attended the meeting, and Montagano said he offered to ask the City Council at its meeting Thursday if small areas on the street could be blocked off and set aside for pick up so that restaurant customers could order meals online or by phone and pick them up at the designated curbside spot. Montagano said that several owners indicated they would be interested in that kind of arrangement. It was pointed out that although restaurants in Michigan are now closed, those with drive-thru , take-out and delivery service may still operate.

Montagano said that the restaurants will be working with Gleaners, Bountiful Harvest and the Brighton Area Schools to consider ways to make the perishable food available to those organizations so they can, in turn, make it available to individuals and families in need.