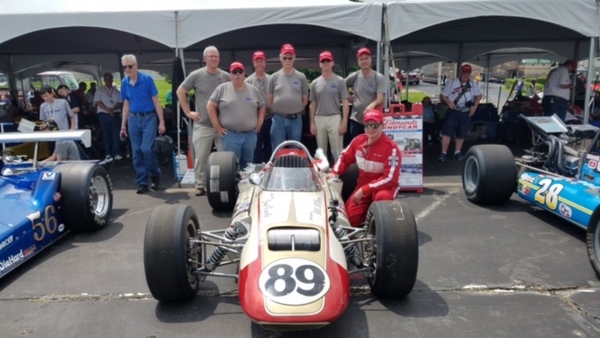 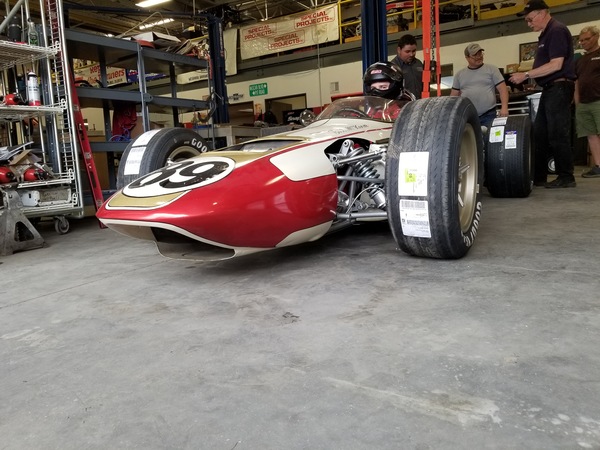 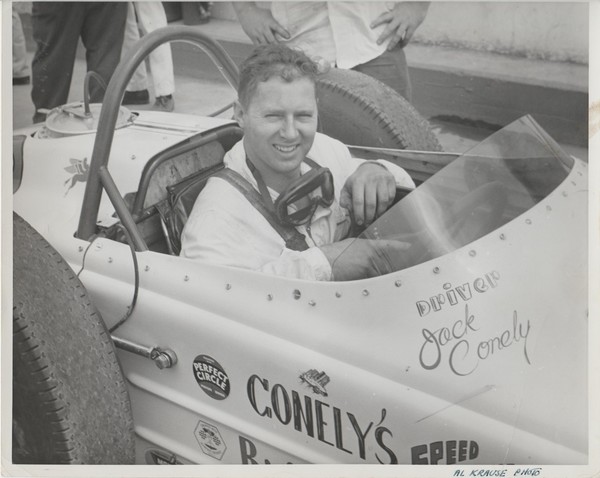 John Conely, the owner of Conely Auto Sales of Brighton, is in Indianapolis this holiday weekend to celebrate what he calls the “family legacy".

His father, Jack Conely, was a legend on race car circuits in Michigan and the Midwest during a storied career that began in 1949, after he was discharged from the U.S. Air Force. As the winner of over 500 feature races and more than 50 track championships, Jack Conely was enshrined in the Michigan Motor Speedway Hall of Fame in 1987. He died two years ago at the age of 87.

Earlier this week, the junior Conely trailered his dad’s rare race car from Brighton to Indianapolis in order to enter it in pre-race activities prior to the 103rd running of the Indy 500 at the Brickyard in Indianapolis. The race car, #89, had sat in a barn outside of Brighton since 1966. It was actually on the list of items to be auctioned off by the Conely family heirs last September, but in the end it was John Conely who bought the car back from his father’s estate. The unique race car had been driven by the likes of famed drivers Al and Bobby Unser and Roger McKluskey, as well as Jack Conely.

This year the car was restored to its original condition over a period of three months by Conely, his mechanics and several others who took it apart piece by piece, cleaning the parts and certifying them until it was finally race ready. Surprisingly, the paint job on the car is the original paint — it was merely touched up for the restoration. The hand-built race car is unique, according to Conely. He says it has an Edmunds chassis, a 450-HP Offenhauser engine, a Hallibrand transaxle and the first 4-wheel independent suspension used on the racing circuit. Don Edmunds, who built the race car along with the elder Conely, assisted in the rebuilding at the ripe old age of 88.

The senior Conely almost made it to the Indy 500 as a race car driver, back in 1963. However, upon inspection the car was found to have a fractured part. He was told to replace it but lacked the cash, so he borrowed an engine from a fellow driver. With the borrowed engine slower than his own, he missed qualifying by three spots. Then in 1966, Conely again could have qualified, except that to earn enough to make the trip to Indy, he had raced in other events not approved by the US Auto Club - the sanctioning organization that oversees the Indy 500 - and was disqualified.

John Conely’s son, Sean, was behind the wheel Thursday on the Indy 500 track as part of exhibition trials being held this weekend before the start of the race on Sunday. The younger Conely is employed as a lab technician at the GM Proving Grounds near Milford. The Indianapolis Motor Speedway Museum, which is located inside the 2.5-mile Indy 500 race oval, is hosting over 60 historic Indy 500 race cars and their present day owners, including #89. Conely says that even though it was never in the Indy 500, it still qualifies for inclusion in the exhibition because — although not successful — it competed for a spot in the Indy 500 three times before being retired.

Conely says the car was ahead of its time due to its Offenhauser engine and other innovations that made the car a trailblazer in the 60’s and 70’s for a generation of race cars to come.