Brighton PSD Board Holds Round Table With Business Owners 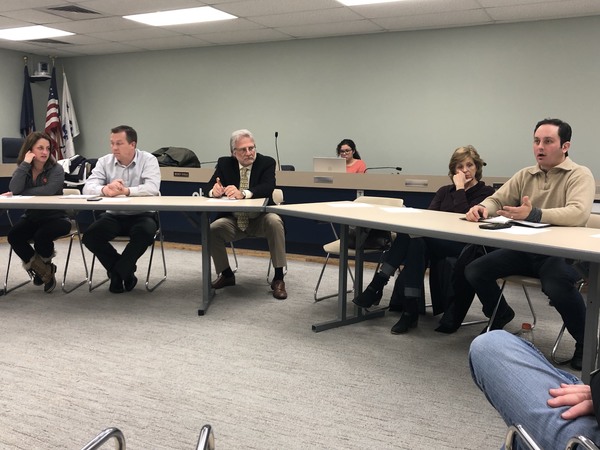 Officials in charge of helping bring shoppers and diners to downtown Brighton held a discussion with business owners to hear their thoughts. The City of Brighton’s Principal Shopping District Board held a round table discussion during a special meeting held Tuesday night, at City Hall. PSD Board Chair Mark Binkley shared his thoughts on the benefits of having this discourse with downtown Brighton stakeholders. The goal, he said, was to have a conversation and get an idea of what they’d like to see from a marketing perspective – what they feel the board has done well in the past, and what they can improve upon in the future.


While the PSD doesn’t put on any events, as the marketing arm of downtown Brighton they have helped promote many over the past 12 years, including Ladies Night Out and Taste of Brighton. Roughly half a dozen business owners attended and shared ideas on how to better drive customers into shops. An incentivized shopping event was proposed, where shoppers could have a punch card and receive milestone rewards or benefits for patronizing different businesses. The need for more parking was brought up, along with questions on what to do with vacant properties and how to get building owners to fill them. Time was also spent on the possibilities of improving the downtown’s social media footprint, with City Councilman Kristopher Tobbe saying that if they went that route, they likely would have to hire an outside firm to handle it.

One problem the PSD faces that puts much of what they in jeopardy, however, is a lack of funding. Previously funded by a special assessment district of downtown buildings, their funding was stopped in 2018 when an SAD increase was denied. Binkley said that they have enough to help promote through May, but after that, the coffers will be pretty dried up. Tobbe said that without funding, they could be staring the demise of this board in the eye. He added that he was worried coming to the round table meeting, but the group that showed up was very refreshing and that it has put wind in his sails and makes him want to push forward and make advancements. The board was in agreeance that they would like to have more of these round table discussions in the future. (MK)