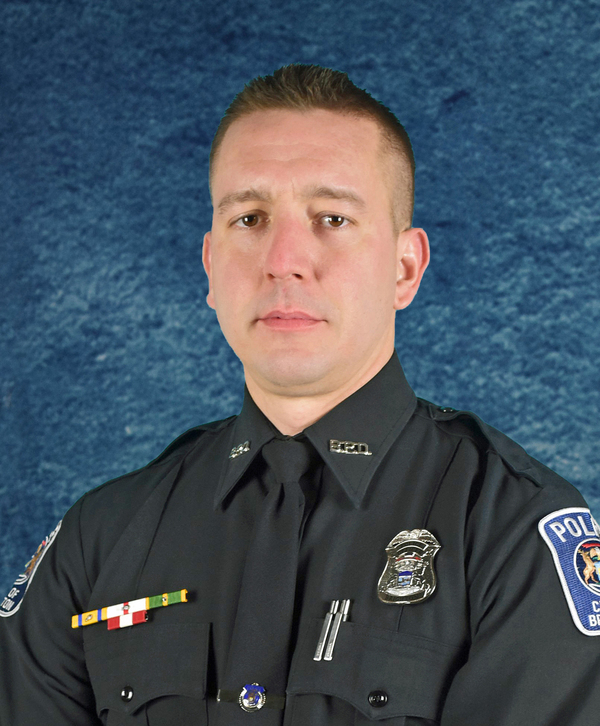 
The Brighton Police Department has named its Officer of the Year.

Officer Tom Sliwa has been selected by his peers as the recipient of the award for 2020. The announcement was made at last week’s Brighton City Council meeting by Chief Rob Bradford.

Bradford said Sliwa began as a reserve officer in 2012 and was sworn in full-time in 2014. Prior to becoming a full-time officer, Sliwa served the Livingston County community as a paramedic with EMS for 7 years. During that time he caught the “law enforcement bug” while assigned as a tactical medic for the county SWAT team. This direct work with law enforcement helped him develop important relationships that would ultimately change his career path, steering him towards the department.

Chief Bradford said that Sliwa’s investigative skills and proactive nature have led him on multiple occasions to finding crimes in progress apprehending criminals which has resulted in the clearing of multiple cases. He has helped find suspects being investigated by surrounding agencies, and according to a memo from Sgt. Keven Miller built his reputation within the law enforcement community as an officer that serves with service, integrity, courage, and professionalism.

Sliwa is a member of the Field Training Program which prepares all of the new officers before they are able to work the road in a solo fashion. Officials say the position is also important to ensuring the Brighton Police Department has officers with the skills to safely police the City. Chief Bradford said Sliwa's willingness to learn and go beyond for the department has also led him to take on the role of Property Room manager where he maintains the integrity and property and evidence that will be used in court.