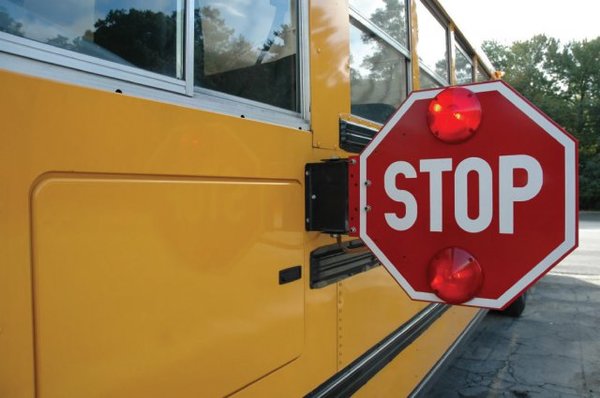 School started on Aug. 26th for the fall term in Livingston County, and once again at least one area law enforcement agency will be out on the road enforcing the laws regarding school buses.

For the second consecutive year, starting Monday the Brighton Police Dept. will be out patrolling in key locations, ready to cite offending drivers who blow past stopped school buses that have their red flashing lights engaged. Brighton City Police Chief Rob Bradford tells WHMI that according to federal law, “All vehicles must stop not less than 20 feet from a stopped school bus displaying alternately flashing red lights, and may not proceed until the school bus has resumed motion or the visual signals are no longer actuated.” In addition, all people must be clear of the roadway before the driver can proceed.

The bus’s stop arm will usually be extended when the bus is dropping off or picking up a student. Bradford says that local police are ready to ticket drivers who don’t come to a safe stop at least 20 feet away when they approach a school bus that is stopped, with its red flashing lights on. In addition drivers are advised to slow down when they see a school bus with the yellow hazard lights on. In such instances, the bus driver is likely preparing to stop to drop off or pick up a student.

The legal charge for violating the school bus stop rule is “failure to yield to a school bus,” which is a civil infraction. Bradford says violators who are caught will be ticketed, resulting in a $100-$500 fine, plus up to $100 in court costs. The offender may also be sentenced to a maximum of 100 hours of community service. (TT)