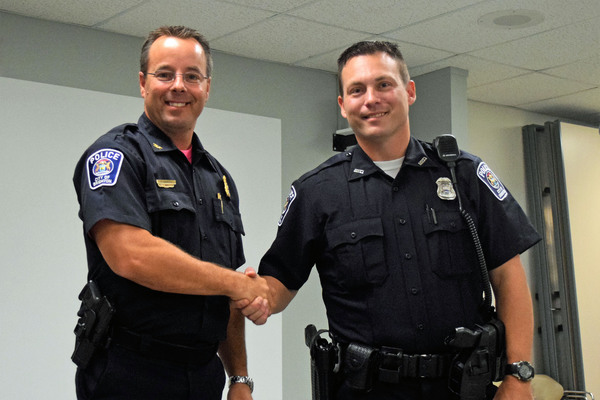 A new officer has been sworn in for the Brighton Police Department.

Mark Reckling was sworn in Thursday night at the Brighton City Council meeting by City Clerk Tara Brown. Reckling is from Mason, near Lansing, where he was a police officer for two years. He is married and has two children, ages 1 and 4. Reckling, who will be a patrol officer, told council he was, in his words, “very happy to be a part of the Brighton community now.”