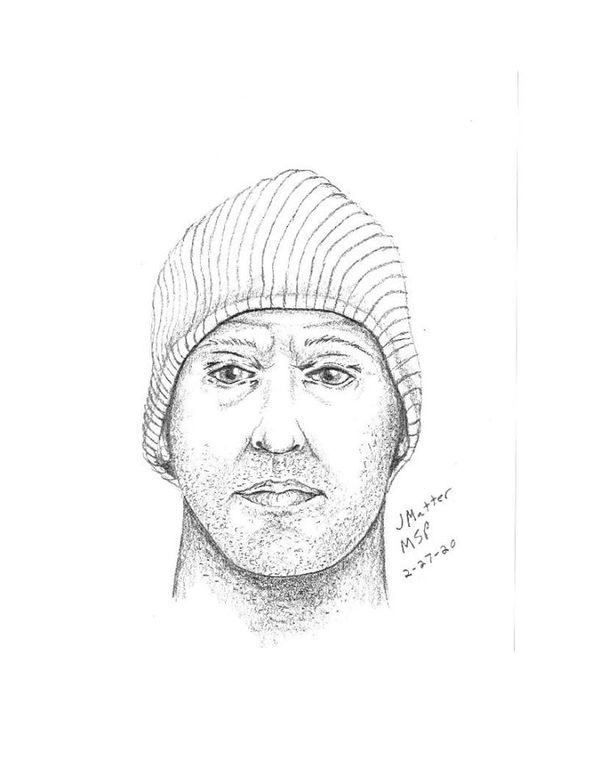 
A composite sketch of a man being sought by Brighton Police has been released.

On Tuesday, the Brighton Police Department took a complaint involving a white male who is approaching women in an aggressive manner throughout the city at all different times. In one of the incidents, a woman was sitting in her car in the parking lot of the Planet Fitness off of East Grand River when a white male in his 40s to early 50s approached her. When she partially lowered her window to ask what he wanted, the woman says he reached for her door handle at which point she drove off and went to the Police Department. Brighton Police said while the suspect’s motive remains unknown, they were treating the incident very seriously.

A press release states the department is trying to identify the man and is asking for the public’s help. Police say a composite drawing was done Wednesday and then shown to another victim - who confirmed it looked like the subject but added that he may have a larger bump on his nose. Both victims confirmed the man has rotting yellow teeth, which is noticeable right away.

Anyone who can identify the man is asked to contact Detective Mike Arntz at 810-844-5137 or leave an anonymous tip on the City website. that link is provided.