Brighton Police To Hold Coffee With A Cop Session 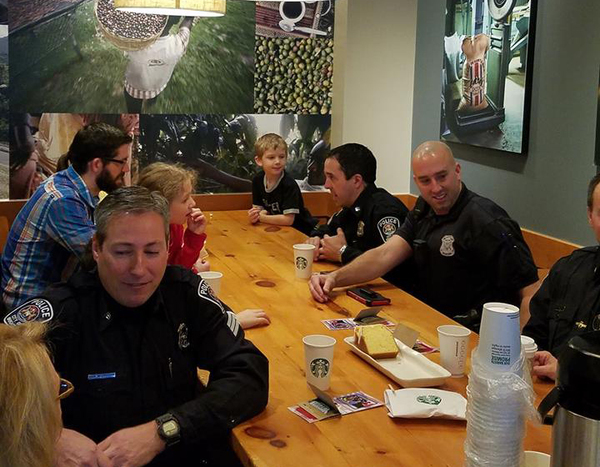 The Brighton Police Dept. will have its first “Coffee With A Cop” event of 2018 next week at Starbucks in Brighton.

According to Police Chief Rob Bradford, residents are invited to come and talk about anything that’s on their mind, but particularly if they have any questions about the city police dept., traffic rules and regulations, enforcement of the law, and other issues.

Bradford says it’s also an opportunity for the public to get to know the dedicated, trained officers who patrol their community and keep the peace. The Brighton City Police held several Coffee With A Cop events last year and they were termed a success, although attendance varied from well-attended to sparsely attended. Bradford says whether a particular event was well-attended depended greatly on whether there were other events taking place in the community at the same time.

Coffee With A Cop will take place on Tuesday, April 24th, from 9-11 a.m. at Starbuck’s, at the corner of West Grand River and Best Buy Drive in Brighton. (TT)