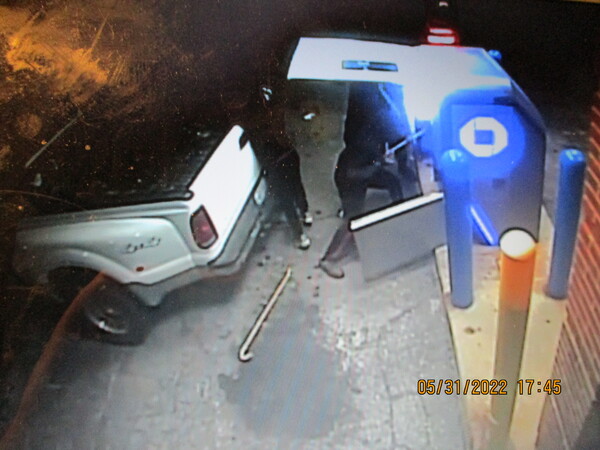 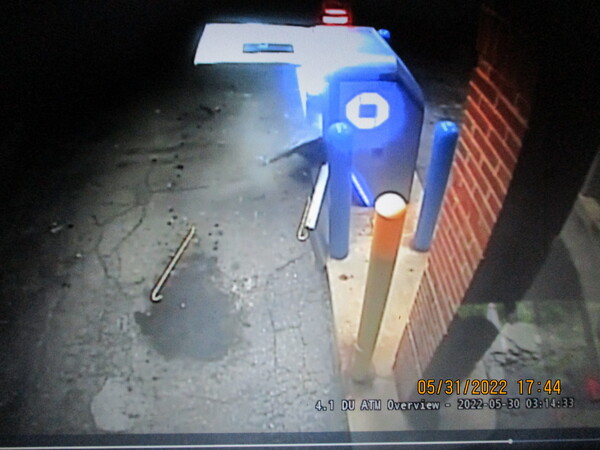 Brighton City Police have obtained the surveillance video from an attempted ATM heist that occurred on Memorial Day at a local bank.

According to Sgt. Brent Pirochta of the Brighton Police Detective unit, early Monday morning three individuals wearing all-black clothing with hoodies entered the Chase Bank property on East Grand River in a stolen pickup truck. They got out of the truck and approached the ATM, using crowbars in an attempt to break into it. A heavy tow chain in the truck was then secured to the ATM.

At that point the truck pulled away in an attempt to get to the interior of the ATM and access the cash. The surveillance camera then went blank because the truck struck guide wires to a utility pole, temporarily knocking out power to the neighborhood. The suspects fled the scene, empty handed. Sgt. Pirochta told WHMI there are no suspects in custody at this time and investigation continues.

Below - still photos from the surveillance video.