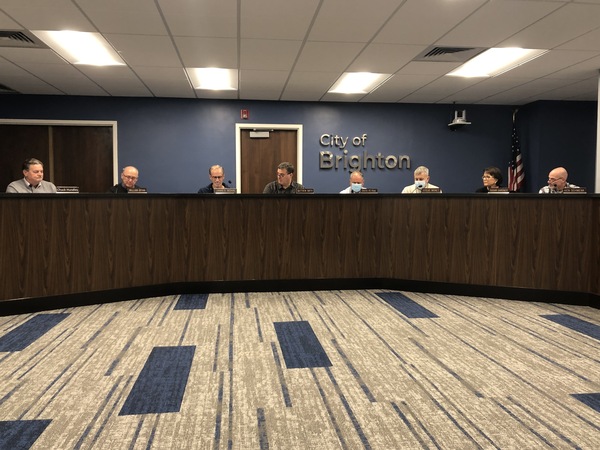 
Brighton’s Planning Commissioners continued their discussion on the feasibility of recreational marijuana establishments in the City.

The Planning Commission has been tasked by City Council to come up with details on what a zoning ordinance might look like should the City decide to “opt-in.” Council has not made that decision. Planning Commissioners were also asked to consider where and if 2 retail facilities and 2 testing facilities could fit. Some on City Council have expressed an interest in getting ahead with this and not waiting for a ballot initiative to force their hand, which happened in the Village of Pinckney.

At their meeting Monday they were joined by Community Development Manager Mike Caruso and City Attorney Sarah Gabis who helped lead the deliberations. The majority of Planning Commissioners spoke against the desire to allow these recreational facilities in the City, but Chairman Matt Smith said that wouldn’t stop them from doing their job if City Council decides to pursue them. He said that City Council has the policy-making decisions and if they decide to go this or any direction and it affects the zoning ordinance, the Planning Commission will take on that job and craft everything to the best of their ability.

They discussed commercial and office space in the north and south of the City, with the understanding that facilities can’t be within 1,000-feet of schools by default under state law. The City could amend that to be smaller, though some on the commission said they would prefer it actually doubled. It was also discussed adding churches, parks, and daycares to the distance-from list. Commissioner and Council liaison Susan Gardner said she preferred to keep retail near the expressway so people could exit and re-enter without contributing further to Brighton’s traffic. It was discussed that there may be opportunities in the southern portion of the City around Rickett Road for the testing facilities, which would have a low impact on the area.

They were in agreement that the use should be through a special land use permit, with Attorney Gabis saying most communities of Brighton’s size do it that way, too. Hours of Operation could also be a part of the special land use approval process.

The Planning Commission felt they were mostly covered between the City’s sign ordinance and the state’s rule that marijuana establishments can’t advertise “product” on signs. Chuck Hundley thought they should consider prohibiting symbols like a marijuana leaf, as well.

As for buffers and screening, the Planning Commission felt they might want less of those for security and safety reasons.

Parking was a concern and they were seeking more information, with the belief that they may need a denser requirement for retail. They were also in favor of allowing multiple licenses at one location, which would decrease the number of locations, if possible.

Caruso called the meeting a great start and said he will organize these points for review at their next meeting.