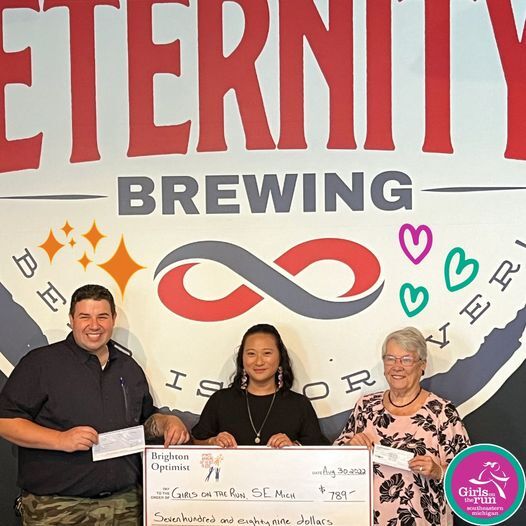 
A sizeable check was presented to a local program.

The Brighton Optimist Club and Eternity Brewing Company presented checks to the Girls on the Run South East Michigan totaling $789. That money was raised from a euchre benefit, which was on July 12th. The Girls on the Run has programs that inspire all girls to build their confidence, kindness and decision-making skills.

On the 2nd Tuesday each month, the Brighton Optimist Club has a euchre tournament to benefit a different local 501 c3 group at Eternity Brewing in Howell. One hundred percent of the money generated during these euchre nights is split between the designated charity and the first, second and third place winners.

To register you can go to the provided link.