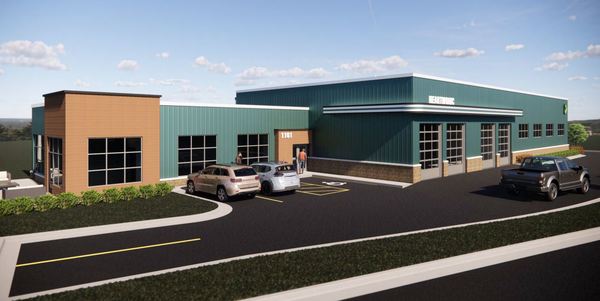 
Brighton City Council has approved a site plan for a local business owner who has shown a dedication to the community.

Dan Oginisky was before Council for the review and approval during their most recent meeting. He is seeking to build a 9,063-square foot facility on Rickett Road in Brighton, just south of the railroad tracks, and across from Sisu Knoll Drive. The new Heartmonic Holdings building will be office space, with storage and warehousing areas.

Brighton Community Development Manager Mike Caruso talked about the obstacles Oginisky overcame in getting the project to this point. Caruso said Oginsky “came to us in February or March with a proposal and was not able to bring it to the planning commission due to the restraints and costs of the site he was looking at. Being the person he is, he wanted to stay in the City. He could’ve taken the project somewhere else.” Caruso said Oginsky chose to buy the adjacent parcel which was able to help him create the project closer to what he wanted originally.


Oginisky and his wife also own the Brighton Light House which offers meeting and working space, a workshop, an art studio, and scenic grounds for events. For the new project, he said he has tried to be thoughtful about the aesthetics of it, given that it is a warehouse with office space. Oginsky said he’s imagined driving down Rickett Road, both north and south, trying to imagine what it will look like to drivers as it emerges in their side view. Because of this, he says they have chosen colors and materials that he believes will make it an attractive property.

Mayor Pro-Tem Susan Gardner said she appreciates the color scheme, with Council Jim Bohn saying he thinks this will be a great addition to the city. City Council unanimously approved the site plan.