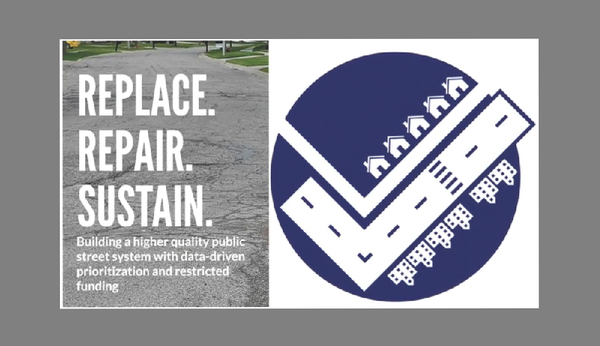 City of Brighton officials are asking residents to vote in favor of helping their failing street system.

On May 7th Brighton residents will head to the polls to decide on a 2.5-mill Headlee Amendment override. City Councilman Jon Emaus said feedback from the failed, full 4.35-mill override defeat last August helped lead them to the new lower request, including a shorter time period, 7 years, versus the previous 10. Fellow City Councilman Jim Bohn said they’ve also tightened up the ballot language to help ensure residents that all money gained from the revenue would be spent exclusively on roads. Bohn explained further that they are targeting primarily neighborhood streets. If passed, the millage would create roughly $1.185-million per year. A home with a taxable value of $90,000 would pay roughly an extra $230 annually for the life of the override.

Bohn said he believes there is a moral responsibility to get this passed, because if it doesn’t, all they are doing is kicking the can down the road. He believes the time is right to start spending money on fixing the roads, and that it is unfair to saddle today’s burden on the next generation.

Bohn expressed concern with the Brighton Area Fire Authority also asking for a millage on the same day. Emaus said that from his perspective, both organizations need it pretty badly. He said this is the reality of the economic times that we’re in and the reality of how Lansing is treating local municipalities. Emaus said that if the vote fails, they risk further cuts at the senior center, slowly losing police officers and the K-9 program, and service levels at the DPW. He believes that if they want to keep Brighton a quality community, they’re going to have to spend money, and that if given the chance, they can come back in 7 years, demonstrate their success, and ask residents if they want to continue.

More information on the proposal, along with a tax calculator, can be found through the link below. To hear more from Bohn and Emaus, tune in to WHMI’s Viewpoint, this Sunday morning at 8:30. (MK)