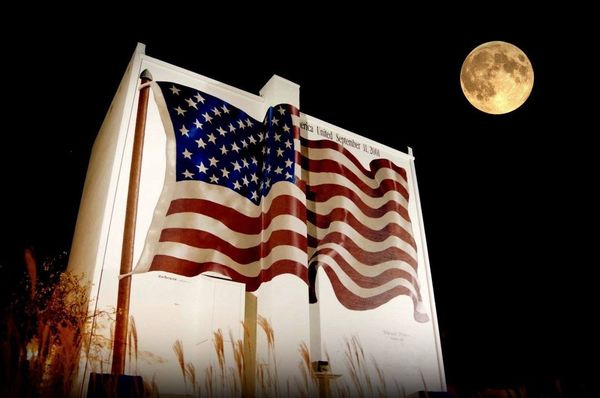 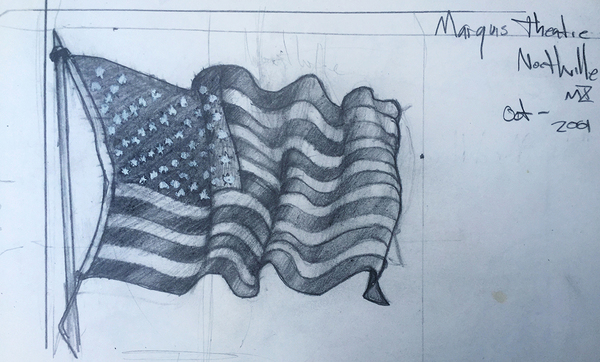 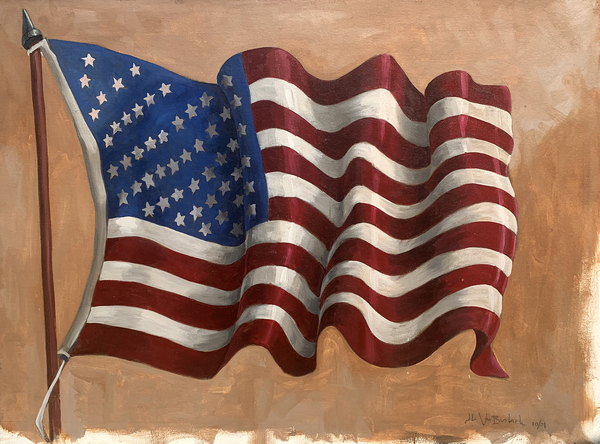 
A special exhibition for a Northville mural painted by a Brighton resident that honors the memory of 9-11 is taking place through the month of September.

Brighton’s Jeff Von Buskirk’s iconic 30-feet by 45-feet mural of the U.S. flag that adorns the wall of the Marquis Theatre in downtown Northville was commissioned right after the attacks. Titled, with the words, “America United September 11, 2001,” the mural not only honors those that died that day but also serves as a reflection of how the community and nation came together following the events.

Von Buskirk said, in a release from the Northville Art House, that he hopes when people see it, that it in inspires them . He said that making it big and overwhelming was on purpose, because “he wanted it to be something that was almost seemingly impossible, sort of reflecting the freedom and the self-governing society” that the flag represents. The mural is recognized on the Memorials Registry at the 9-11 Memorial and Museum in New York.

To help commemorate the 20th anniversary of the terrorist attacks, the Northville Art House is holding the exhibition, “Northville’s Old Glory: Mural and Ephemera by Jeff Von Buskirk, now through September 30th. Memorabilia and artwork will be on display at the Art House during their regular fall hours, Tuesday through Saturday.

A special reception is open to the public this Friday, from 5 to 8 pm, when Von Buskirk, himself, will discuss his work. Tickets are $0 for Art House members, $35 for non-members. Admission includes appetizers and drink vouchers, in addition to live music. Purchase tickets at www.northvillearthouse.org/liveat5