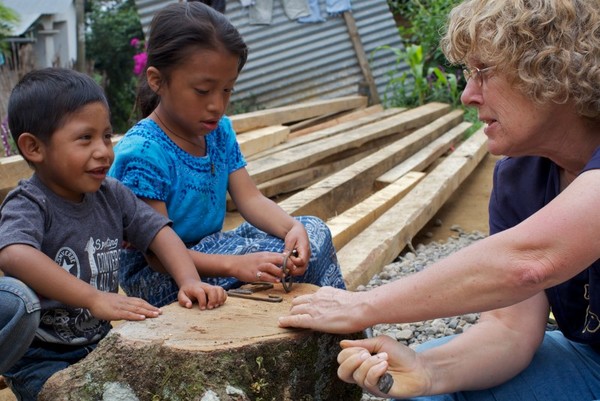 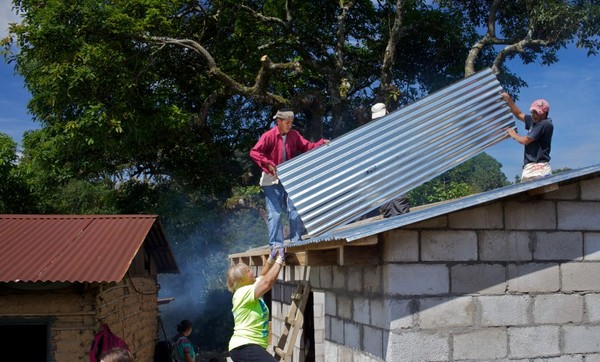 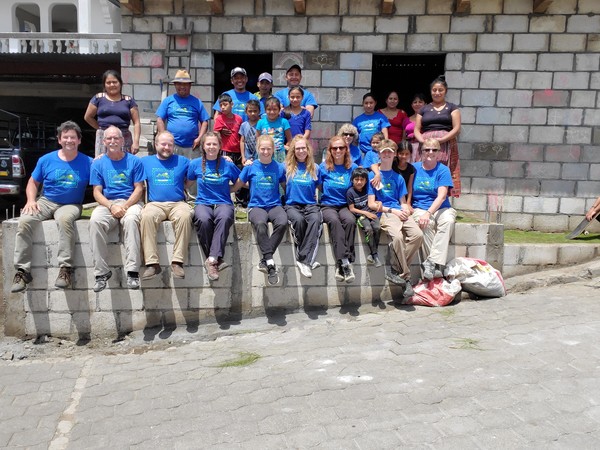 
The lives of a large number of impoverished families in Guatemala have improved immeasurably in recent years, thanks to the efforts of a mission group from Brighton.

Each year the First Presbyterian Church in Brighton sponsors two, and sometimes three trips to a mission house called the House of Healing in the small town of San Lucas Toliman, which is about 90 miles from the nation’s capital of Guatemala City.

The House of Healing, which was established by members of the First Presbyterian Church of Brighton, is an 11-room guest house that can host teams of up to 25 people. It also has a health clinic and a functioning lab. Since the indigenous people have poor dental health and little access to dental care, the group hopes to establish a dental clinic there in the future.

The small houses constructed by the mission group, consisting of one large room, are made of cinder block and have a properly vented stove for cooking and heating. Humble, true, but still far superior to the tiny, dilapidated buildings of smoky, leaking, corrugated metal the villagers had before — if they were lucky enough to have a roof over their head at all. One family was found living under a plastic sheet on the street, having nowhere else to stay. “(The future recipients) do their part, and work right along with the mission team,” according to Jon Nelson, a member of the Brighton group.

The Brighton group has built at least 30 houses for the residents since it started the mission and has sponsored about 75% of the over 150 kids who've been provided sponsorships for their schooling. The group also has donated a large number of solar lights to provide nighttime illumination in the homes, and so that the children have enough light to do their homework.

The success of the program has attracted church groups from other parts of the country who have joined the Brighton contingent in the mission work, with groups from Texas, Florida, and Minnesota all having sent teams this year. The individuals pay for their own airfare and the church raises funds for members to help defray expenses. That is done by holding bake sales and providing overflow parking each year at the Smokin’ Jazz and Barbecue Blues Festival for a freewill donation.

Mission team leader Amy Kato, who is also the president of the foundation, went on her first mission trip to Guatemala in 2014 and was quickly sold on the importance of the House of Healing’s mission program. Kato says she feels “called to serve others” in the Central American nation because the needs are so great. Guatemala, which has a tropical climate in its lower regions, lies on the coasts of both the Atlantic and Pacific oceans, just south of the Mexican border.

Although Kato didn’t go in 2020 due to the COVID pandemic, she has gone twice this year — in April and again in August. She was accompanied on her visit last month by her oldest son, 16-year-old Ryan, and says it was a life-changing experience for a young man who, in her words, “grew exponentially” from the experience. The group normally takes two teams per year, usually consisting of 10-20 people — in the spring or summer and in the fall. The next trip to Guatemala will be in November.

Delta Airlines has a baggage waiver the mission teams can apply for, which allows the group to bring 20 bags of up to 50 pounds of medical supplies, toiletries, and children’s gifts for the people of the village. The team flies from the U.S. to Guatemala City and then takes the rough, 5-hour drive in a van up and down the mountainous terrain. Guatemala is one of the most geologically active countries in the world, with 37 volcanoes — including two volcanoes just a short distance from San Lucas Toliman. While the official language of Guatemala is Spanish, most people in the town speak K’iche’ — pronounced KIT’-shuh. Overall in Guatemala, some 22 Mayan dialects are spoken.

In addition to bringing food and medicine, the group contributes to the people’s spiritual needs by conducting a vacation Bible school. Kato adds that sometimes the members will be merely going for a walk in town when people approach and request they say a prayer for them.

The House of Healing gets no government funding whatsoever, so the organization is entirely reliant on donations to sustain its mission. Kato points out that $200 a year can sponsor a child in school, paying for everything from the classes to uniforms, instructional materials, and meals. Children typically only go to school to the fifth grade, after which most must drop out and become day laborers to help bring income to the family. Nelson says, “It’s a hard life,” and the people there live a short lifespan.

Nelson says the families have almost nothing in the way of material goods, but they do have one thing in abundance…a deep love for each other. He says that we, as Americans, “have so much” and need to think more about the other 90% of the world, which has so little.

The House of Healing is a 501(c)(3) non-profit organization. To make a contribution, go to houseofhealingfoundation.org