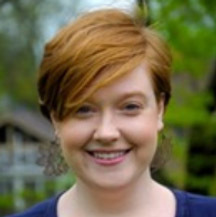 
A local pastor is responding to an incident last weekend in which individuals disrupted her congregation’s service with racist taunts and threats.

Last Sunday, February 14th, Julie Brock, the Minister of the Community Unitarian Universalists in Brighton, says that white supremacists Zoom-bombed their church service as they celebrated the legacy of civil rights achievements. The culprits, who were able to take over screen-sharing functions and began showing KKK-related images, also made several racist statements and violent threats against Brock herself.

In response, Brock issued an open letter (posted below) to the Zoom-bombers in which she forgave them and stated that while she was “sorry for whatever happened” that filled them with so much hate, she wanted them to know that she was not afraid of them and that if their objective was to use fear to change her behavior, or to make her less outspoken, “it didn’t work” noting that they were “celebrating the beautiful sacrifice of brave people who used their life force to bend the arc of the universe toward justice.”

Brock told WHMI that while their actions were unacceptable and need to be openly opposed, that didn’t mean she isn’t open to an actual dialogue that isn’t based on hate, but instead a true examination of the issues. "We need to have a compassionate resistance to any notion that the behavior that was exhibited on Sunday is OK or has any place in a just society...but I think if all we do is sit in our siloed spaces with the messages we already believe reinforced to one another, this is only going to get worse."

Brock said she owed the trespassers “great thanks” as the community “came out in droves with messages of solidarity and support” including the Livingston Diversity Council, Congresswoman Elissa Slotkin, Livingston County Sheriff Mike Murphy, other local churches, “and most importantly, a whole wide range of our neighbors.”

A report was filed with the Livingston County Sheriff’s Office on the incident, which is under investigation. In the meantime, Brock says they have taken some preliminary precautions to prevent further incidents. But as she stated in her letter, while the people who interrupted the service may have “aimed to trespass” on their sacred time, she believed “there can be no trespass when all are welcome.”

Rev. Brock concluded her letter by noting the anger which prompted the attack was based on the fear that “the world of white domination is going away” and in that conclusion, she said they “are right: it is,” adding that while there was “no dignity” in how they behaved, she believe they could do better. “There is more love somewhere. I pray you keep on, till you find it. I’m here if you get lost along the way.”