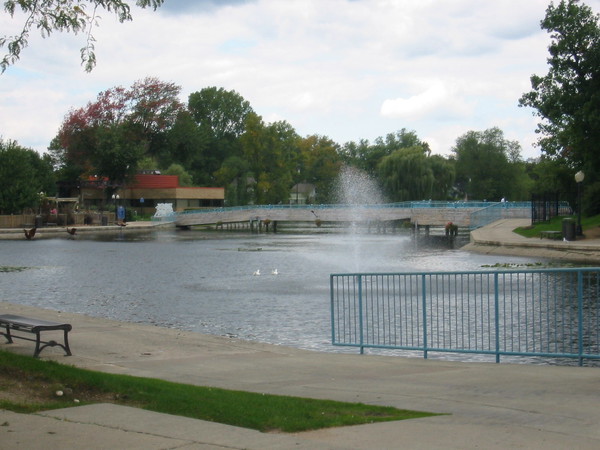 Brighton city officials say the Mill Pond shoreline on the east side of city hall and the Imagination Station Playground has seriously deteriorated over the years, and that has caused erosion and the arrival of invasive plant species.

As a result, the city will hire a contractor to stabilize the shoreline. City DPW director Marcel Goch tells WHMI the current sea wall in front of city hall has failed and needs to be replaced.

Goch says the city will put the project out for bid in the near future. He says the intent is to do the project yet this spring, but due to a late arrival of spring weather it may have to be moved back to the fall. The city was awarded a DEQ permit last year for a natural shoreline restoration that would involve replacement of the existing sea wall using coir logs and native shoreline flowers to stabilize the shoreline.

The city is now preparing a request for proposals, and after they are reviewed, the item will go back to council for approval of the contractor who will do the work. Council was told that the benefits of the Mill Pond shoreline restoration work are that it halts erosion, provides a more visually appealing shoreline, helps create a barrier to waterfowl such as geese and ducks, reduces staff maintenance and provides natural habitat for a variety of species. (TT)