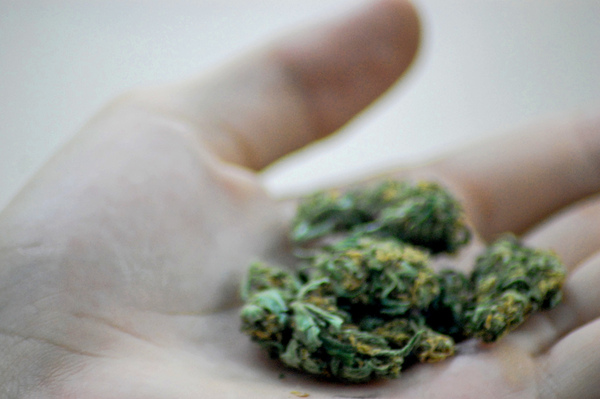 
Opposing sides are debating a controversial ballot proposal that would allow marijuana facilities in the City of Brighton if passed by voters in the upcoming November General Election.

The City is among the communities that “opted out” of allowing marijuana facilities. However, the “Say Yes to Brighton” committee, which is headed up by outside marijuana industry professionals, gathered enough signatures to get the issue on the ballot. The City fought against it unsuccessfully and there was legal wrangling and court action involved - with a local judge ultimately ruling to let the voters decide.

There is both strong support and opposition for the initiative being expressed from local groups and residents, who are working to educate the community on their differing points of view.

The Brighton Board of Education has been vocally opposed to the prospect of allowing marijuana establishments in the City, along with churches and residents that have formed groups to oppose the proposal.

Ken Schmenk represents Protect Brighton Youth & Community - a grassroots, locally-based group that says it’s committed to defending the city from outside marijuana business interests that are pushing the “extreme pot shop proposal”. While Schmenk serves on the City Planning Commission, he stressed that his role with the group is strictly as a private citizen.

Schmenk told WHMI the ballot measure is an “absolute losing proposition for the City of Brighton” and the City will have to fight it because if it passes, it would completely change the entire community. He noted that 14 churches, the Brighton Board of Education and many community members have expressed opposition to the proposal. He says those behind the ballot proposal are out-of-town pot shops trying to push their way into the City.

Schmenk says studies show that when marijuana facilities come into a community, youth usage increases, and their group is focused on protecting youth. He asserts that if the ballot proposal passes, there will be a minimum of 13 marijuana facilities in the City. Schmenk said there are current City building owners that have deals in the works to sell their property to become marijuana shops – many that are in close proximity to churches and in residential areas.
Schmenk says that the outside interests “put money over morals” and recognize that the facilities increase youth access and addiction but could care less because “they want to make money, period”. He added that they are not against people using marijuana – they just don’t think it’s a good fit for the community and not the image they want.

Jerry Millen owns The Green House in Walled Lake and serves on the Board of Directors for Michigan Cannabis Industry Association. He’s also a longtime Livingston County resident who has been working to open up a medical/recreational marijuana facility in Brighton.

While it might sound contradictory, Millen says he actually does not feel the ballot initiative is a good proposal for Brighton as it’s being put forward by outside groups and was forced on the ballot. He’s working to bring attention to what he says are larger issues and trickery with the City. If the proposal passes, Millen maintains the City Council plans to step in with its own ordinance that would limit marijuana facilities to two but also basically make it impossible to open up any facility in the specified zoning.

While the City cannot legally use zoning as a weapon, that’s exactly what Millen says is happening. He says Council plans to take up the ordinance at a meeting on November 10th – which was strategically scheduled after the election. Millen alleges the City is not being transparent and playing trickery with voters – saying “the big corporate weed guys are coming to Brighton” and the City will get sued. He says Instead of being proactive and allowing legal, above-board establishments; the City is playing politics and it will cost the “taxpayers hundreds of thousands of dollars”.

Information about the ballot proposal is available on the City of Brighton's website and that link is provided.

More information from Millen is available at
www.brightontruth.com.

The press release from Protect Brighton Youth & Community is attached, along with the resolution from the Brighton Board of Education.

Both Millen and Schmenk were guests on WHMI's Viewpoint program Sunday, which can be accessed in the podcast section of our website.