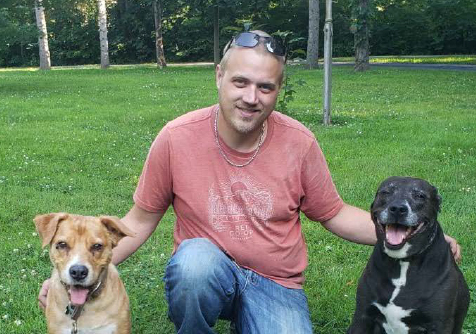 A Brighton-based management company is being sued by an Oakland County man who claims he was refused the ability to rent an apartment because he has emotional support dogs.

The lawsuit was filed last month in U.S. District Court in Detroit by Scott Lorms of White Lake Township. He claims T&R Properties and Zahler Management violated the federal Fair Housing Amendments Act of 1988 when it denied him an apartment rental in Putnam Township because they do not allow dogs. Lorms says he has a disability and that the dogs “alleviate difficulty in coping with day-to-day situations and to enhance his day-to-day functionality.”

According to the lawsuit, when the rental agent learned Lorms had emotional support dogs, they refused to show him the apartment or discuss any accommodation for the animals. Lorms then filed a complaint with the Fair Housing Center of Southeast and Mid Michigan. According to a press release from the organization, they were able to substantiate that, “T & R Properties refuses to rent to people with emotional support animals.” After being denied the apartment, Lorms and his family had to rent other housing in the area that was 50% more than the original residence and further away from his work, friends, and family.

In addition to seeking financial damages against the defendants, the suit also requests a judgment that the defendant’s actions against Lorms are discriminatory under federal law, while also permanently enjoining them from further discrimination and ordering them to undergo fair housing training, monitoring and reporting. A response has yet to be filed by attorneys for T&R Properties and Zahler Management. (JK)