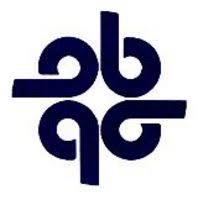 Much has been made of problems some communities have had with lead in their water — most notably Flint in Michigan, which has gained the national spotlight in a negative way because the state allowed the city to be switched from Detroit water — which comes from Lake Huron - to contaminated water from the Flint River. The Flint drinking water debacle led to other communities around the nation — many of them older towns and cities with antiquated water systems — taking a closer look at their drinking water.

As it turned out, a lot of them also had high concentrations of lead that were above the allowed limits. In Brighton, the community should rest easy, knowing that no detectable amounts of lead have been found in the tap water of city residents in the latest tests. Marcel Goch, the director of the Brighton Department of Public Services, tells WHMI that the main reason there are no detectable levels of lead in Brighton’s water is that the city switched from lead pipes to copper pipes way back in 1939.

Brighton Water Plant Superintendent Todd Bennett says that in the past, Brighton city water was only tested once every three years, on what is known as a “triennial” basis. But, with the new rules in place, now the city’s water is tested once a year. Bennett also says there are specific rules on what kind of homes are to be tested. The problem with too much lead in the water that people drink is that it can result in children, in particular, with stunted intellectual growth as well as health problems. In children, even low levels of exposure have been linked to damage to the central and peripheral nervous system, learning disabilities, shorter stature, impaired hearing, and the impaired formation and function of blood cells. (TT)