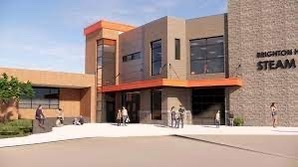 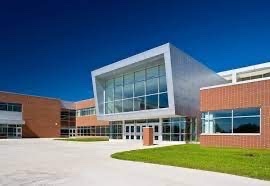 Fall enrollment in Livingston County and surrounding area schools is a mixed bag, with three area districts showing increases in their pre-K through 12th grade student count and five others showing decreases. The numbers are unofficial since they haven’t yet been audited, a process that takes a few months.

In the Brighton Area Schools, Superintendent Mathew Outlaw says he is encouraged by the fact that enrollment is up by 23 students for the fall of 2022. The fall head count showed 5,881 students, compared to 5,858 last year. Under the rules, 90% of a district’s state aid is based on the fall count (taken on the first Wed. in October). Outlaw said that, in his words, “(Brighton’s) elementary numbers are continuing to grow; we are very stable overall as a district.”

In Howell, Livingston County’s largest school district in both numbers of students and geographical area, Communications Director Tom Gould didn’t have precise figures, but said the unaudited fall enrollment this year is roughly 6,850 students, compared to 6,880 for 2021-22 — a drop of approximately 30 students.

Pinckney, which had been steadily losing students each year for a long time, showed a modest increase at 2,132 students this fall, vs. 2,122 in the spring of last year.

However, the Hartland Consolidated Schools showed a decline, with 5,165 students in this year's fall count, compared to 5,223 a year ago.

The Fowlerville Community Schools also recorded a slight drop in students, going from 2,599 last year to 2,588 this year.

The South Lyon Community Schools in Oakland County, which has a portion of its district in Livingston County, showed the largest increase in school enrollment. According to Superintendent Steven Archibald, the district is up 97 students this fall, at 8,373, vs. 8,277 for 2021-22. Archibald attributed the increase to residential developments springing up and bringing in new families to the district.

Conversely, Huron Valley, another large district in the area, registered a drop in enrollment. Superintendent Heidie Ciesielski reporting a head count of 7,967 this fall, down a whopping 157 from last year’s 8,124. Ciesielski tells WHMI, in her words, “Many are home-schooling.” She says that officials were actually expecting it to be worse, saying projections were showing a potential drop of 250 students.

The Fenton Area Public Schools also showed an enrollment decline this fall, with 3,085 students in the October count vs. 3,169 last year — a loss of 84 students.

Under State Foundation Grant rules, each K-12 public school district in Michigan receives $9,150 per student in state school aid. With 90% of the state aid determined by the October head count, that makes the fall count vitally important in determining each district’s state aid. Only 10% of state aid is determined by the winter count, taken on the second Wed. in February.