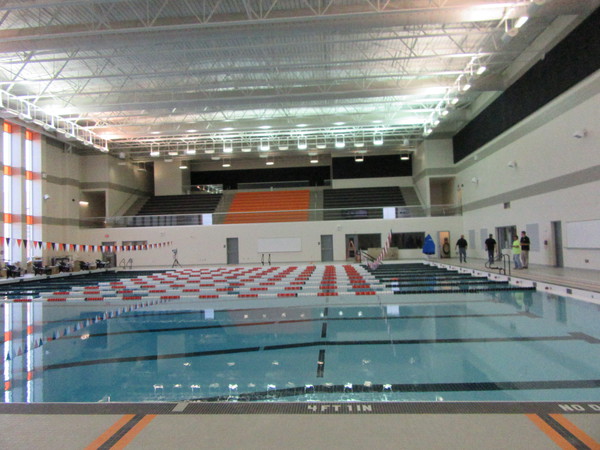 In an effort to open up the Brighton High School pool to more people in the community, the school district will be making a few changes in the pool schedule.

The Brighton Area Schools Board of Education Monday night discussed a coming change in the hours and of open swim availability. Superintendent Greg Gray told WHMI after the meeting that the hours of the open swim will be increased from the current 7-8:30 p.m. to 7-10 p.m. In addition, instead of having just one lane available for open swim, the number of lanes will be increased to two, with one lane for advanced swimmers who want to move faster through the water and the other being a slower lane for recreational swimming. The change isn’t official yet but is expected to be approved by the Board of Education at its next meeting.

Meanwhile, Board President Andy Burchfield and Board Treasurer Bill Trombley both complained about the lack of proper upkeep of the pool. At the board meeting Burchfield said the pool, which is barely three years old, is being neglected. “We don’t treat our football field that way,” Burchfield told the board. And Trombley complained about dirty locker rooms with items scattered about. Burchfield said he has tried to have the problems at the pool addressed for two years and nothing has been done. Superintendent Greg Gray said that he will assign a high school custodian with the specific responsibility for keeping the pool complex clean.

The high school pool was constructed as one of the last components of the $88.5 million bond issue which was passed by the voters in 2012. The total cost of the state-of-the-art pool was about $9 million, when renovations to the athletic wing and new heating and cooling equipment are factored in. (TT)