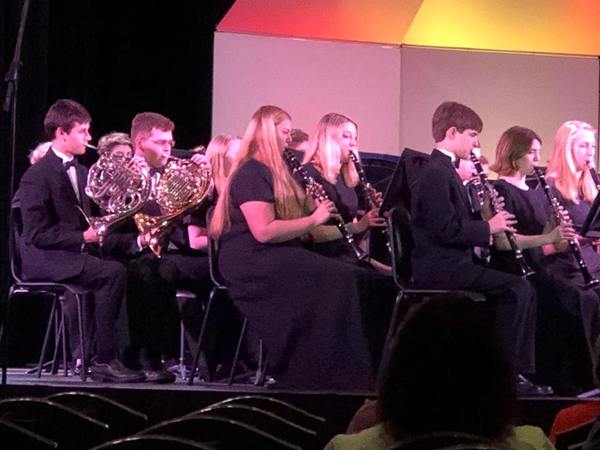 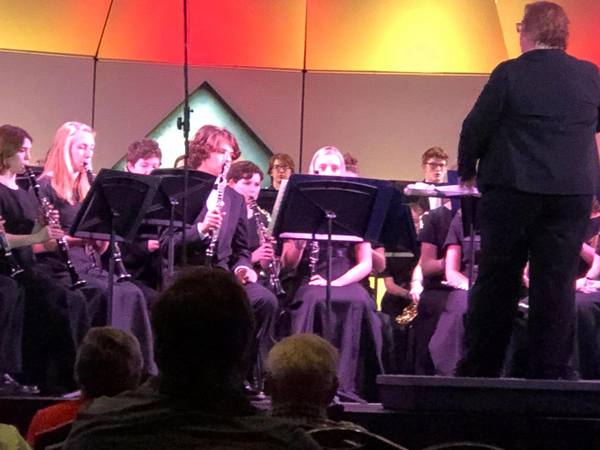 The Brighton High School Wind Ensemble received a “Superior” rating and the Golden Mickey award as the best musical ensemble in Festival Disney, held over the weekend at Disney World in Orlando, Florida. In the competition, the groups are judged by nationally recognized university music educators.

Two groups - the wind ensemble and wind symphony - went down for the trip, but according to Director Gabrielle Hoffman, it was later decided to combine them into one ensemble with members from both groups. The contingent of 65 Brighton High School band members was accompanied by 11 chaperones. In the competition, the Brighton High Wind Ensemble was the only concert band among the dozen competing that received a Superior rating, earning a Gold Medal and the Gold Mickey award for its performance. They were recognized at an awards ceremony Saturday night at "Typhoon Lagoon" and the students later enjoyed the waterpark there.

The Brighton High School bands previously competed at Festival Disney three years ago, also winning a Gold Medal and “Best in Class”. For the past 14 years, Festival Disney has hosted more than 7,000 choirs, bands and orchestras from around the world at the annual music festival. The Brighton High School Marching Band has accepted an invitation to travel to Hawaii next year for the 75th anniversary of the end of World War II. Students will be holding fundraisers in the near future to cover the considerable expenses involved in the trip. The young musicians, their chaperones and director arrived back in Brighton on two separate flights late Monday night from their eventful and rewarding trip to Disney World. (TT)