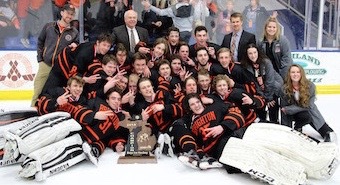 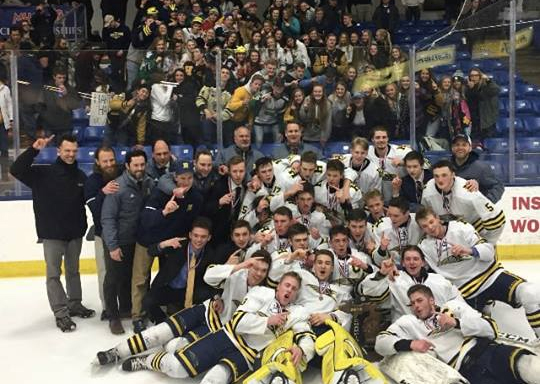 It was a day of firsts Saturday at USA Hockey Arena in Plymouth. In the morning, Hartland, which along with Brighton was ranked as one of the top teams in the state throughout the season, won its first state title by beating Trenton 4-2 in the Division 2 final. It was the first state title in three tries for coach Rick Gadwa, who said the championship was the culmination of a lot of hard work.

The day ended with Brighton winning the Division 1 state championship for the second year in a row and fifth over all, beating Saginaw Heritage 5-2.

It was the third time Hartland and Brighton had both had the chance to win state titles on the same day. The others were in 2013 and 2014. The schools, which compete in Class A in most sports, were separated into different divisions by the Michigan High School Athletic Association by enrollment.(TR)