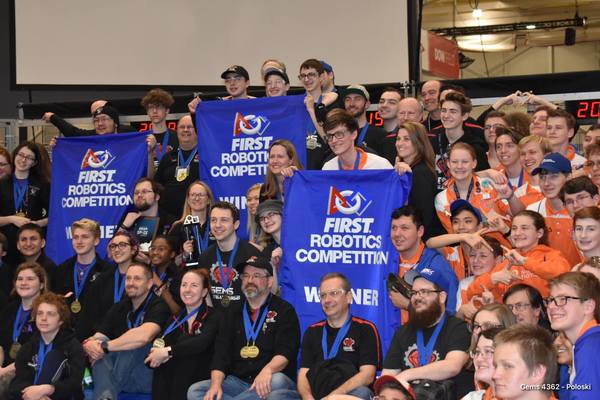 Team 4362, the GEMS of the Charyl Stockwell Preparatory Academy in Brighton, led the winning alliance to victory Saturday at Saginaw Valley State University. Each round included three teams battling each other to earn points by using their autonomous and remote-controlled robots to pick objects up and bring them to the required location. The GEMS teamed up with teams from Brownstown and Canton to take the championship into overtime where they won in a final match 98-90 and came out ranked third of the 542 teams in Michigan.

This is the third year SVSU has hosted the competition. They expected about 5,500 high school students and about 8,000 total visitors over the duration of the event. The GEMS and Miners will now move on to the FIRST Robotics World Championship, starting next week in Detroit. (JK)