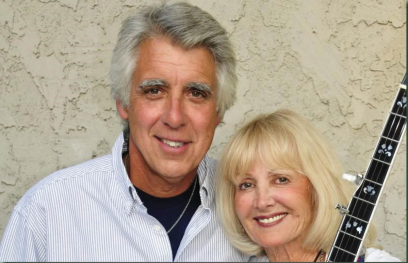 
A folk music concert is coming to Brighton.

Performers Jackie and Gary will be at the Brighton District Library Wednesday, October 12th from 7:00pm until 8:30pm. Their concert, Folk and Funny, will entertain with folk favorites and their special brand of lighthearted, humorous storytelling.

Jackie Miller Davidson was a performer with the New Christie Minstrels. She was a regular on The Andy Williams Show and sang with many well-known entertainers such as Sammy Davis Jr., Tennessee Ernie Ford, Kate Smith and Carol Channing.

Davidson also performed at the White House, Carnegie Hall, The Hollywood Bowl and accompanied Al Hirt on her banjo at the Greek Theatre in Hollywood, California.

Gary Brandt is a popular folklorist, singer, and songwriter who has composed songs and performances for such venues as TV 2 Detroit, the National Historic Oregon Trail Interpretive Center, Rocky Mountain Elk Foundation, Chrysler Omni Arts and his multi-media program "Land to the West."

Jackie joined Gary in 2010 to perform as Jackie and Gary in their show, "Singing the Good Old Songs Again."