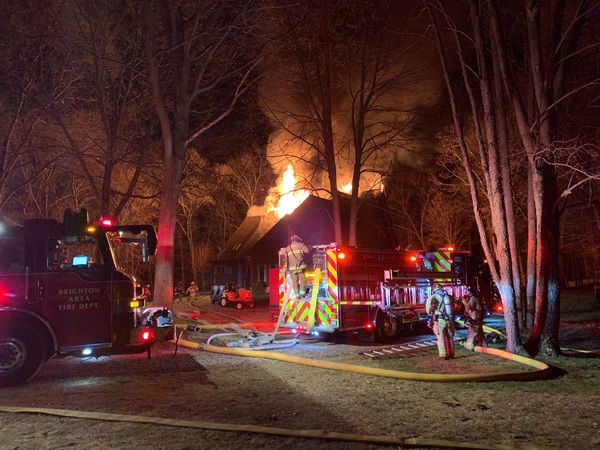 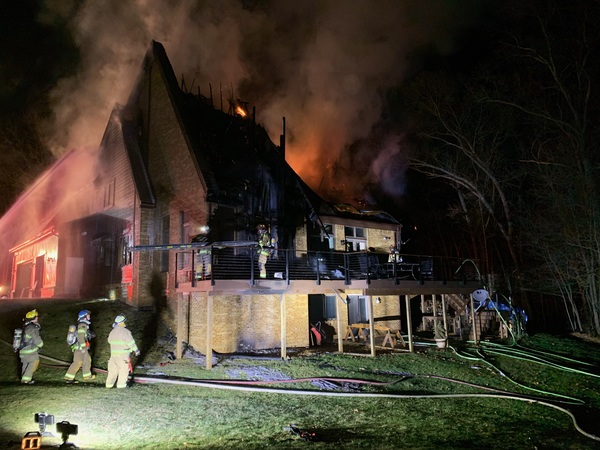 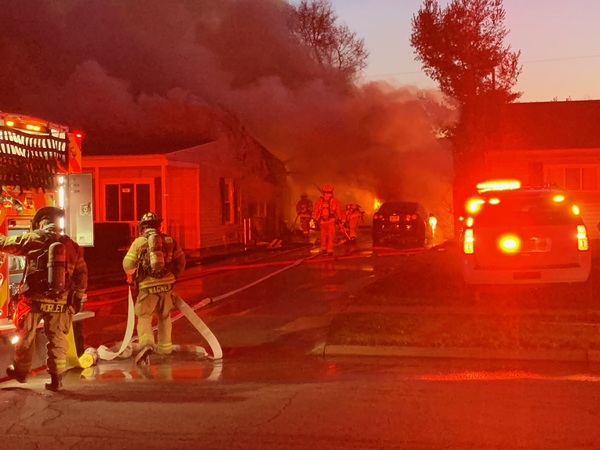 
Brighton firefighters responded to a pair of structure fires on Thursday.

The first was called in just after 8pm to a home on the 200 block of Kissane Avenue in Brighton (bottom photo). Brighton Fire Chief Mike O’Brian tells WHMI that responding crews saw heavy smoke as they left the station and arrived to find a “well involved garage fire” spreading to the house as well as a neighbor’s home. Chief O’Brian says the main fire was knocked down quickly, with crews working on the fire in the attic space of the home.

Just before 9pm, firefighters received a second dispatch to a report of a chimney fire that had spread into the attic of a home on the 5000 block of Natura Drive in Genoa Township (top two photos). Upon arrival, they found a working fire that had a heavily involved attic. Crews from the Howell and Hamburg Fire Departments assisted Brighton firefighters in extinguishing that fire while tankers from Hartland, Green Oak and Putnam Townships were called to the scene as there were no hydrants.

Chief O’Brian said none of the occupants in either home were hurt, although three firefighters did receive minor injuries. The cause of the fires remains under investigation.