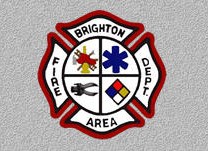 The expenditures were approved at a recent Brighton Area Fire Authority Board meeting. The department will be obtaining 71 new air packs, along with the corresponding face pieces, to replace units that are 10 years old and, according to Fire Chief Mike O’Brian, have gone well past their useful life. Also, 10 new digital imaging cameras are being ordered to replace aging equipment.

O’Brian says the cameras enable firefighters to see visual images at the scene of fires, even through thick smoke, which can result in saving lives. Mayor Jim Muzzin, who chairs the Brighton Area Fire Authority Board, tells WHMI they’re buying one new air pack for nearly every firefighter in the department.