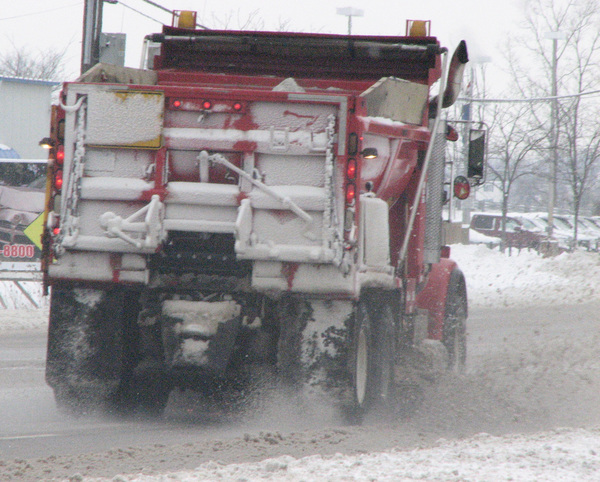 Although long-range weather forecasting is an inexact science, predictions for the coming winter are calling for warmer temperatures than last year, with the same - or less - snow. Brighton Dept. Of Public Works Director Marcel Goch says the Brighton DPW will be ready for the white stuff with the new trucks recently purchased and a repaired salt dome.

Goch says the salt dome roof at the DPW center on Third St. experienced dry rot last winter and had broken shingles, and has been replaced with a new roof. Goch says the new roof cost about $13,600. The city spread about 1,800 tons of salt on the city’s roads and streets last winter, and that amount could easily be equaled this coming winter. Goch says with the recent purchase of new trucks the city should be even better able to handle anything that comes along.

Council also approved purchase of a new mini-excavator which will replace a cemetery backhoe and a Bobcat skidloader. He says the city has been offered a trade‐in value of $29,500 for the backhoe to be replaced, so the city’s final cost will be just $22,000. The new excavator will have many uses including concrete and asphalt removal, sidewalk, and storm repairs. He says it will also prevent the need to rent an excavator, such as the city had to do three times in the last year because it lacked such equipment. (TT)