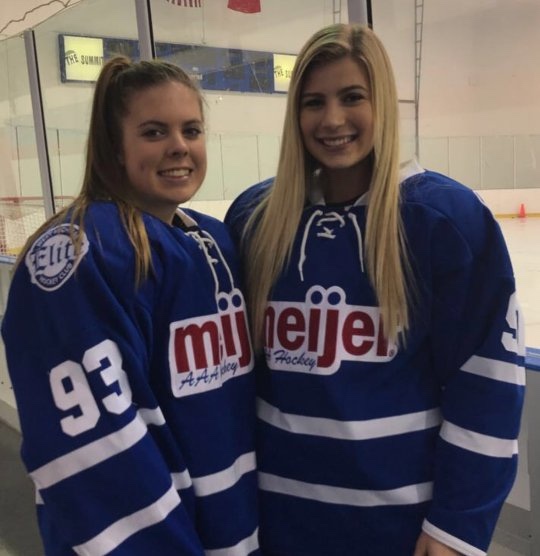 A playground has been constructed outside an Oakland County shelter for victims of domestic violence and assault in honor of a Brighton girl who was killed in a traffic accident that also took the life of another area girl. 16-year-old Brighton High School student Darian Locklear, a hockey player on the Meijer AAA Hockey Team, was killed in the February crash when the vehicle she was riding in went off I-96 in Ingham County and hit a tree. The crash also resulted in the death of fellow hockey player and close friend Julieanna Ward-Brown, a student at Howell High School. The playground, at HAVEN in Pontiac, was constructed by volunteer groups that included Darian’s mom’s employer, Cooper Standard Automotive. According to her mom, Regina Locklear, Darian had a reputation for kindness to fellow students, and even talked one girl out of committing suicide. Funds donated by Darian’s friends and family and HAVEN made the playground a reality, along with a grant from the Cooper Standard Foundation. In dealing with the loss, Regina Locklear had bracelets made with the expression “Kindness Is Beautiful” on them which were passed around at school by friends. Locklear is hoping the playground, named after Darian, and the bracelets, will serve as a reminder to people about her life and her legacy of being kind and compassionate to all. (TT) Pictured: Darian Locklear (R) and Julieanna Ward-Brown (L)