Brighton DI Team Finishes Among Top 30 In The World 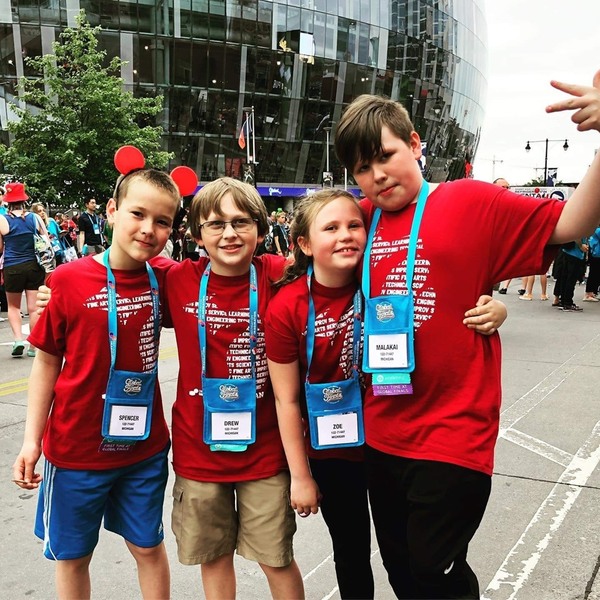 The Brighton Elementary School Destination Imagination team was more than satisfied with its performance after the team finished 27th in the world at the DI Global Finals in Kansas City, Missouri.

The Brighton team, whose moniker is the DI Deetectives, is composed of four 1st and 5th graders from Hornung Elementary and Maltby Intermediate schools. They were teamed up with a DI group from Poland for the competition, which took place over four days, from Wednesday, May 22nd, through Saturday, May 25th. It marked only the second year that the Brighton Area Schools had fielded a team in Destination Imagination. According to their managers, TJ and Alison Smith, the highlight for the Brighton and Poland team was totaling 91.56 out of 100 on their top secret Instant Challenge. The team had qualified for the Global Finals by placing third at the Destination Imagination State Tournament in April at Michigan State University.

This year’s team was new to Destination Imagination, except for one returning team member. The students on the team are: Malakai Kilduff, Zoe Kilduff, Spencer Sanders and Drew Smith. After the competition, the Brighton students had a chance to unwind and enjoy themselves with their families at the Duct Tape Costume Ball.

The Destination Imagination bills itself as “the world’s largest celebration of student creativity.” More than 1,400 of the top-scoring DI teams from over 45 US states and 14-plus countries traveled to Kansas City to showcase their innovative challenge solutions, and over 17,000 people were in attendance. The events gave students a chance to showcase their innovative solutions in the areas of science, technology, engineering and mathematics - known by the acronym STEM - as well as fine arts, service learning and improvisation.

Destination Imagination, Inc. is a 501(c)(3) volunteer-led non-profit organization whose purpose is to inspire and equip students to become the next generation of innovators and leaders. (TT)