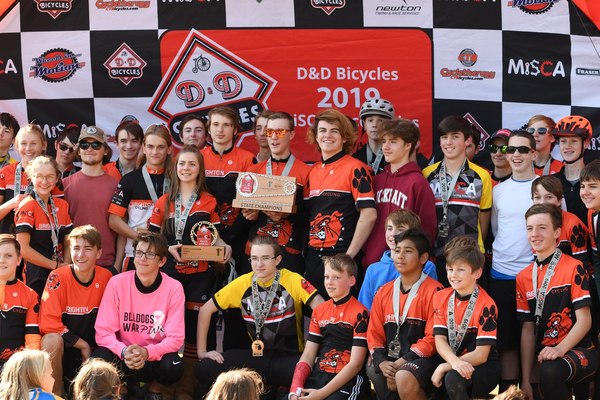 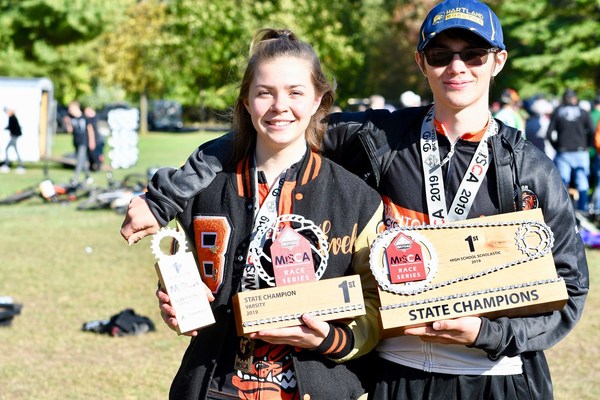 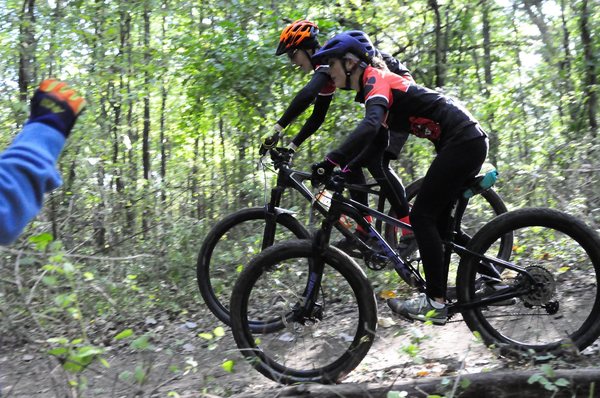 According to Brighton coach T.J. Tyrrell, the mountain bikers had to traverse a hilly, curving mountain single-bicycle track over 15 miles, which is four laps. The junior varsity members completed an 11.25-mile course, which is three laps, and the novice class did a 9-mile course. The Brighton Cycling club has about 100 members and has a no-cut policy, so that all who want to be on the team become members. The team has grown such that six years ago Brighton only had 9 cyclists on the team. Tyrrell credits the cadre of what he calls “engaged parents” for the success of the team, saying they are the cause of Brighton’s success. Tyrrell adds that his team’s sixth state title is “pretty amazing,” saying there are “some very competitive schools out there.”

The team practices from late May to mid-October at two locations; the Island Lake and Brighton State Recreation areas. Tyrrell also touts the benefits of being on the cycling club, saying, “This takes them away from electronics (like cell phones) and gets them outdoors, and builds their mind, body and spirit.” The final event of the season for the Brighton Cycling Club will be the annual awards banquet, to be held on Wed., Oct. 30th, at 6:30p.m. at Mt. Brighton. (TT)