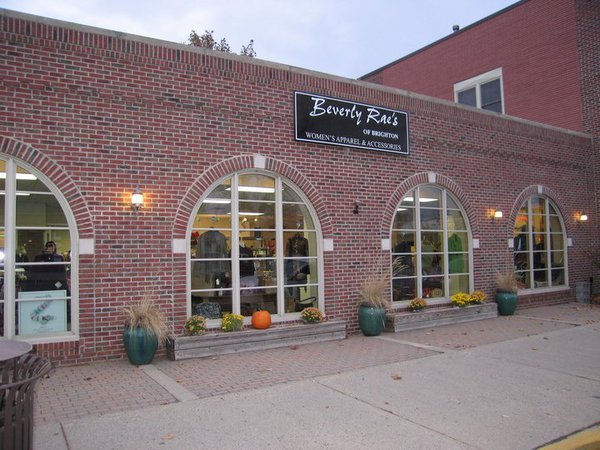 The Brighton City Council has approved removal of a deed restriction which prohibited a theater for the former Beverly Rae’s building on West Main, next to the Mill Pond. Marcus and Amy Goller plan to open a coffee house and part-time theater at that location. As part of the motion, council also approved an outdoor patio. The property was recently the center of a legal dispute in which Beverly Raes store owners Tom and Deborah Carley, who were tenants, said they had a valid lease on the property to the year 2020.

The legal dispute was not discussed at the meeting, city officials having said previously the dispute was between the tenant and landlord. After the legal case was settled the Carleys agreed to relocate, and Beverly Raes is now situated across Main St. in a former furniture store next to the former Downtown Brighton Martini Bar & Grille. Coincidentally, the martini bar was also recently forced out in a landlord-tenant conflict which — in that case — involved an increase in the lease rate.

Bohn said it he thought it odd that the problems presented by the deed restrictions hadn’t come up previously in discussions before both the City Council and Planning Commission. To that, Community Development Manager Mike Caruso replied that the deed restrictions weren’t discovered until staff went through the permitting process.

Bohn said council needed to look at the site plan to see what the proposed patio would look like because of the small amount of green space at the site, which is only separated from the Mill Pond sidewalk by a grassy area. Council was told by Caruso that the site plan was unavailable, but he would e-mail them a sketch of the planned changes. Neither the Gollers nor the owner were at the meeting. Bohn was told the owner plans to make the site more aesthetically pleasing with landscaping.

Council was also informed that since the planned patio is on private property, the owner can make whatever changes he wants, as long as they comply with city ordinances. Bohn, who had previously expressed concerns about the effect on parking on that side of downtown, voted no on the motion.

The city itself had put the deed restrictions on the site back in 1984 when it sold the property – which the city owned – for $122,000. The Gollers plan on a coffeehouse on the ground floor and holding dancing lessons for children on the second floor. Children’s dancing lessons are also planned for the patio in good weather. (TT)