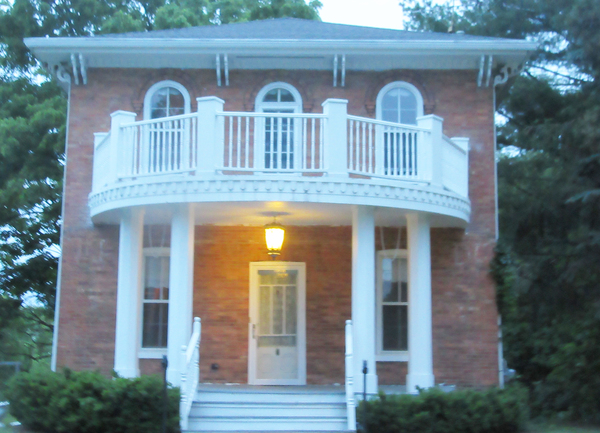 The Brighton City Council has approved a special land use permit and the final site plan for a historic home at 142 Brighton Lake Road that will be converted for commercial use.

At its meeting Thursday night, council was told by property owner Dan Oginsky that he plans to restore the former home of the late City Council member Ricci Bandkau to honor Bandkau’s memory. But, rather than being used as a residence, the house will be converted for light office use – specifically his wife’s “Healing Arts” business, for his own office, and with room for a few other offices – possibly for non-profits. Oginsky says his working name for the house was “Warm Hearted Home”, but he now has decided to give it the formal name of “Brighton Light House”.

Oginsky and his wife Anna purchased the 1860’s-era home from Don Bandkau, the surviving husband of Ricci Bandkau, in 2016. In addition to restoring the home to a 1920’s look and building an addition, Oginsky plans to raze the existing garage and erect an ornate carriage house in its place. The entire project is expected to cost about $1 million.

Oginsky is also president of the North Manitou Light Keepers, an organization with the goal of restoring the automated shoal lighthouse off North Manitou Island in Lake Michigan. (TT)