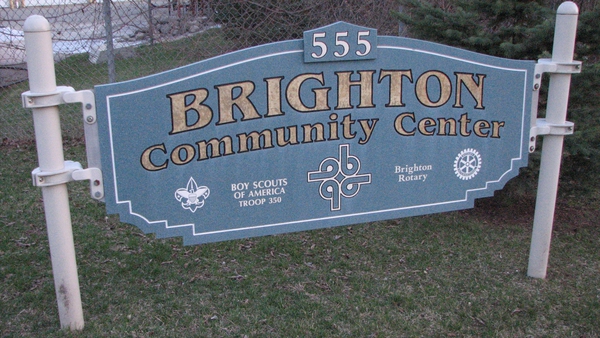 The Brighton City Council has approved a lease agreement with Bountiful Harvest to use the Brighton Community Center Thursday through Saturday of each week at a cost of $50 per month.

The original recommendation was that the lease fee be $150 because, according to City Attorney Paul Burns, the law requires that the city get fair market value, and the fee be on a rational basis. The organization is required to have its own insurance, which council was told it has. Bountiful Harvest has been using the basement of St. George Lutheran Church at 803 West Main St. for the last seven years. However, the organization was told by the parish it could no longer use the church because it is needed for expansion purposes, and the group would have to be out by April 1st. Simpson told council that the organization would have to disband if it couldn’t find a facility by the end of the month. City officials agreed that the building is for the most part under-utilized and, in fact, was rented only six times in the Thursday-through-Saturday period during 2017.

Thursday night, council unanimously approved a 12-month lease agreement, on the provision that its activities not interfere with the current usage of the building by the Boy Scouts and the Rotary Club. In response to questions by council, Bountiful Harvest Volunteer Pastor Terry Simpson also assured council that the building would be thoroughly cleaned after each use. Council Member Kris Tobbe said afterward that he would personally pay the first three months’ rent. Simpson tells WHMI he is grateful to the city for allowing Bountiful Harvest to use the Community Center at 555 Brighton St. for a nominal charge.

Bountiful Harvest will be utilizing the facility for three days a week and will serve dinner on Fridays and breakfast on Saturdays to those in the area who are in need. Boy Scout Troop 350 of Brighton and the Brighton Rotary Club - both of which also use the Community Center - gave their full support to the lease agreement. Bountiful Harvest is an organization run entirely by unpaid volunteers and provides food, clothing, job placement, counseling and other services for the homeless and those in need in Livingston County and elsewhere. The group is a 501(c)3 non-profit organization and accepts no grants or subsidies. Council was told that while Bountiful Harvest is using the Community Center it will be fundraising, with the goal of getting a permanent building of its own. The first day of operation at the Brighton Community Center will be Friday, April 13th.